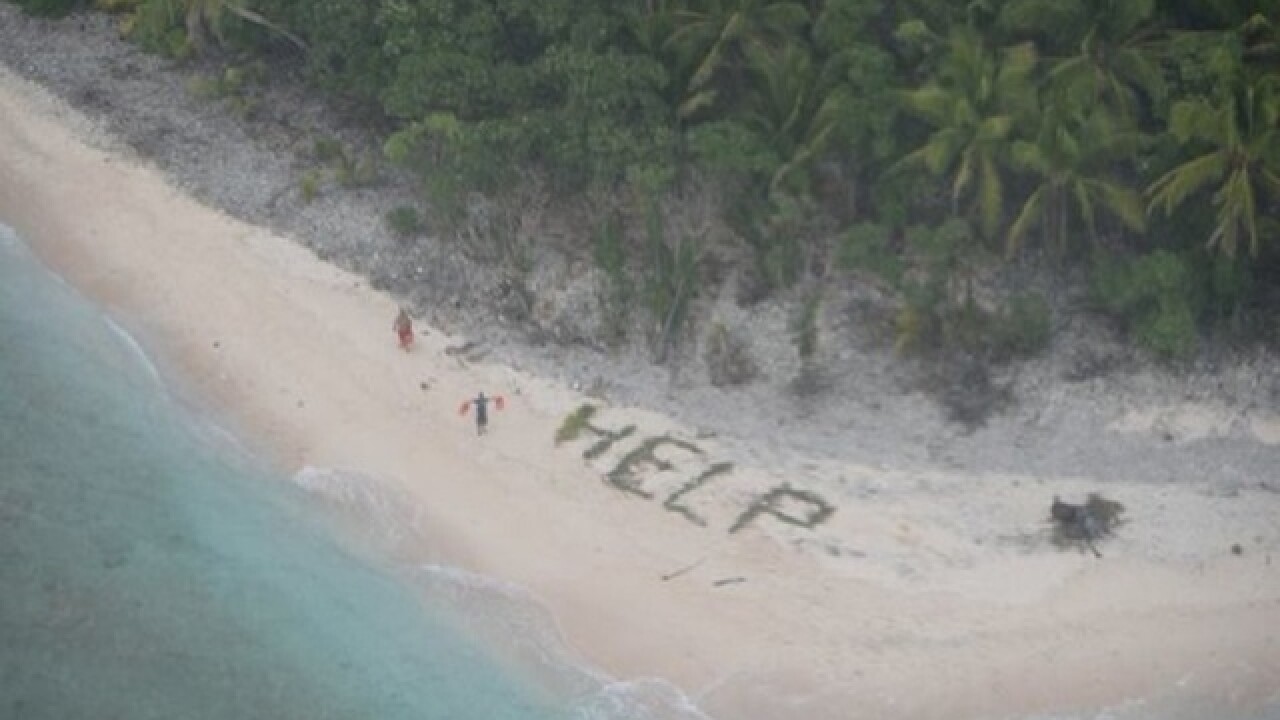 Rescue teams had been searching for three stranded men for days when they happened upon a sight straight out of a movie: The world “HELP” spelled out in palm fronds.
The castaways had been on Fanadik island in the Pacific Ocean since Monday, when their boat  – a 19-foot skiff – bound for the Micronesian island Weno never arrived.

Castaways rescued after spelling out "HELP" in palm fronds https://t.co/wVHGCWiWSd

According to CNN, the vessel had been swamped by a large wave.
They were reported missing Tuesday, and a search subsequently began.
It was about 8 a.m. local time Thursday when the men were rescued thanks to the message and a fire they created. According to a new release, the successful rescue was the work of the Coast Guard and the Navy.
"Our combined efforts, coupled with the willingness of many different resources to come together and help, led to the successful rescue of these three men in a very remote part of the Pacific," Lt. William White, Sector Guam public affairs officer, said in the release.
Although the man have been described as “safe,” it wasn’t immediately clear if they were injured.
Fanadik island is about 2,600 miles southwest of Honolulu, CNN further reports.
Scripps Only Content 2016