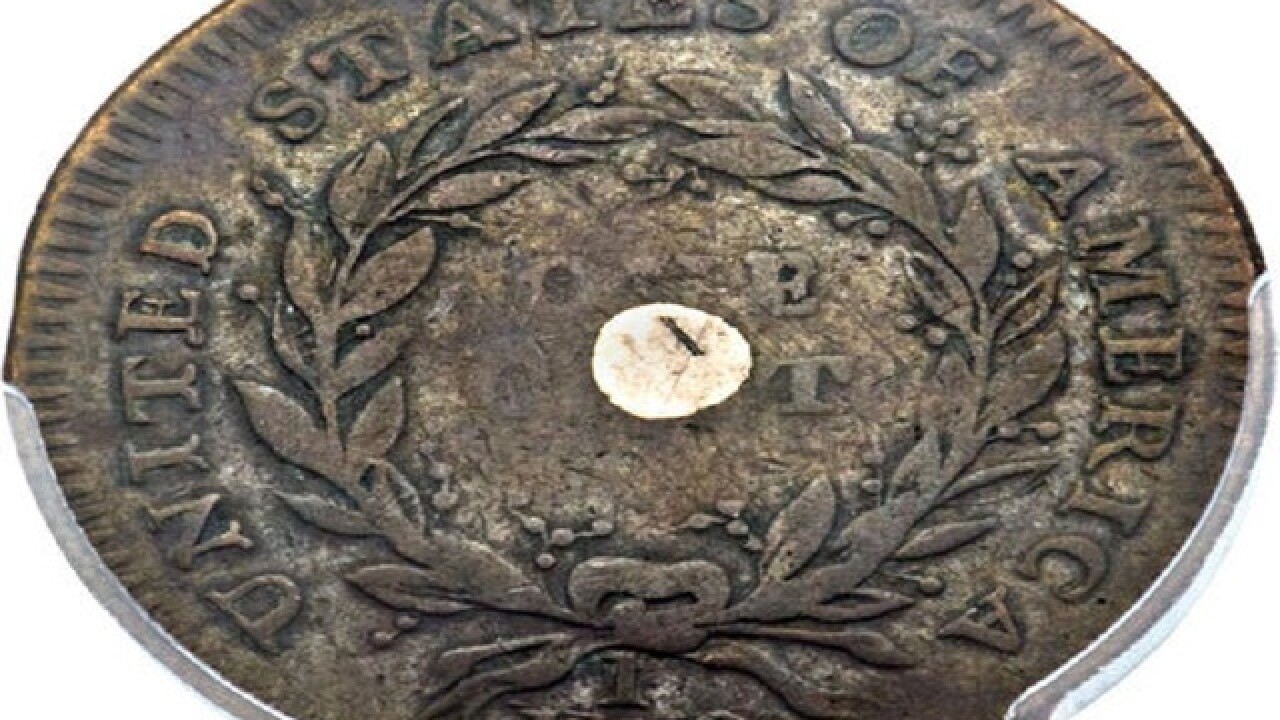 LOS ANGELES (AP) — Two rare one-cent coins from the earliest days of the U.S. Mint have sold for a pretty penny.
The copper coins, both dating to 1792, went for a combined total of $869,500 at the auction held Wednesday in Anaheim, California.
One of them, known as the "Birch Cent," sold for $517,000. The other, known as the "Silver Center Cent," went for $352,500.
Eric Bradley, spokesman for Heritage Auctions, said that while the sales fell somewhat short of the combined $1 million the auction house projected they would go for, organizers are still pleased with the result.
"We're looking at two coins that sold for more than 43 million times their face value," Bradley said, "so you can't be disappointed in that."
The names of the buyers have not been released and they may choose to stay anonymous.
The coins have historical significance that goes beyond their collectible value, representing "the transition in American history from the colonies to a new republic," Bradley said.
"These are coins that were developed and thought up by the Founding Fathers who were trying to differentiate themselves from British coinage and British rule," he said.
The words "Liberty Parent of Science & Industry," which are engraved on both coins, also show how the United States was trying to distance itself from the religious persecution and monarchy it associated with Britain, Bradley said.
The origin of the Silver Center Cent was also referenced in a letter from Thomas Jefferson to George Washington, and it is among the very first coins ever struck by the U.S. Mint in Philadelphia, Bradley added.
According to the auction house, the coin went missing before eventually being discovered in an English pub in the 1960s. The man who discovered it, Nigel Willmott, kept hold of it until 1997, when he eventually auctioned it off for 28,750 British pounds, Bradley said.
The penny's name derives from the fact that it was produced with a small insertion of silver at its center, a feature which made its intrinsic value equal to its face value. It is one of about a dozen surviving coins known to exist with this insertion, Bradley said.
Copyright 2016 The Associated Press. All rights reserved. This material may not be published, broadcast, rewritten or redistributed.