16 in military disciplined in hospital attack 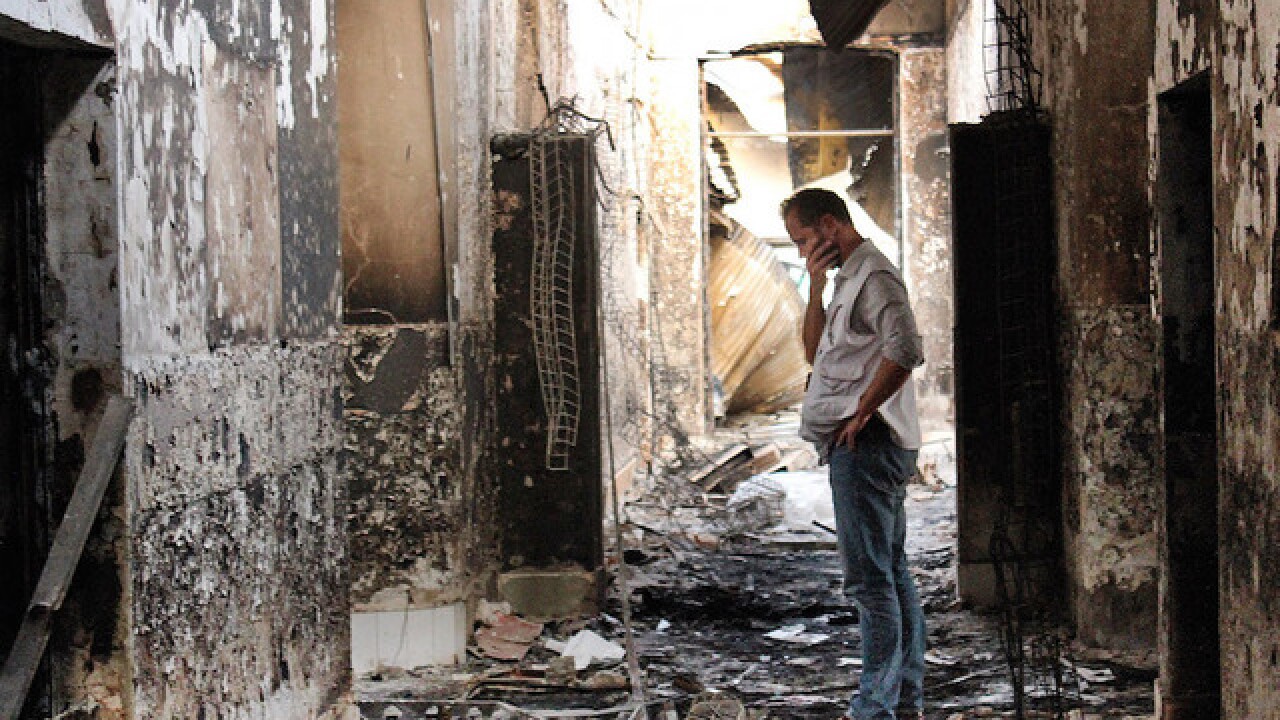 Najim Rahim
<p>FILE - In this Oct. 16, 2015, file photo, an employee of Doctors Without Borders walks inside the charred remains of the organization's hospital after it was hit by a U.S. airstrike in Kunduz, Afghanistan</p>

WASHINGTON (AP) — A U.S. gunship attack on a hospital in Afghanistan that killed 42 people occurred because of human errors, process errors and equipment failures and none of the crew knew they were striking a trauma center, a top U.S. general said Friday.

No criminal charges have been leveled against U.S. military personnel for mistakes that resulted in last's year's attack on the civilian hospital in Afghanistan operated by the medical charity Doctors Without Borders. The group has called the attack a war crime.

Gen. Joseph Votel, the new head of U.S. Central Command, said that the trauma center was on a no-strike list but that the gunship crew didn't have access to the list.

The Pentagon was releasing the full report on the investigation on Friday, including details about what exactly led a U.S. Air Force special operations AC-130 gunship to bomb the hospital and how those mistakes were made.

According to one senior U.S. official, a two-star general was among about 16 American military personnel disciplined because of the attack. A number of those punished are U.S. special operations forces.

No one was sent to court-martial, officials said. However, in many cases a nonjudicial punishment, such as a letter of reprimand or suspension, can effectively end a military career. The officials were not authorized to discuss the case by name and requested anonymity.

The U.S. airstrike in the northern city of Kunduz last October was carried out by one of the most lethal aircraft in the U.S. arsenal. Doctors Without Borders has called the attack "relentless and brutal."

The Associated Press reported in March that more than a dozen U.S. military personnel had been disciplined in connection with the bombing, and that the punishments were all largely administrative.

The crew of the AC-130, which is armed with side-firing cannons and guns, had been dispatched to hit a Taliban command center in a building 450 yards from the hospital, the U.S. military said in November. Hampered by problems with their targeting sensors, the crew relied on a physical description that led them to begin firing at the hospital even though they saw no hostile activity there.

Officials have said the attack was caused by human error, and that many chances to prevent the attack on the wrong target were missed.

A separate U.S. report on the incident, obtained last fall by the AP, said the AC-130 aircraft fired 211 shells at the hospital compound over 29 minutes before commanders realized the mistake and ordered a halt. Doctors Without Borders officials contacted coalition military personnel during the attack to say the hospital was "being 'bombed' from the air," and the word finally was relayed to the AC-130 crew, the report said.

The attack came as U.S. military advisers were helping Afghan forces retake Kunduz, which had fallen to the Taliban on Sept. 28. It was the first major city to fall since the Taliban were expelled from Kabul in 2001.

Afghan officials claimed the hospital had been overrun by the Taliban, but no evidence of that has surfaced. The hospital was destroyed and Doctors Without Borders, also known by its French acronym, MSF, ceased operations in Kunduz.