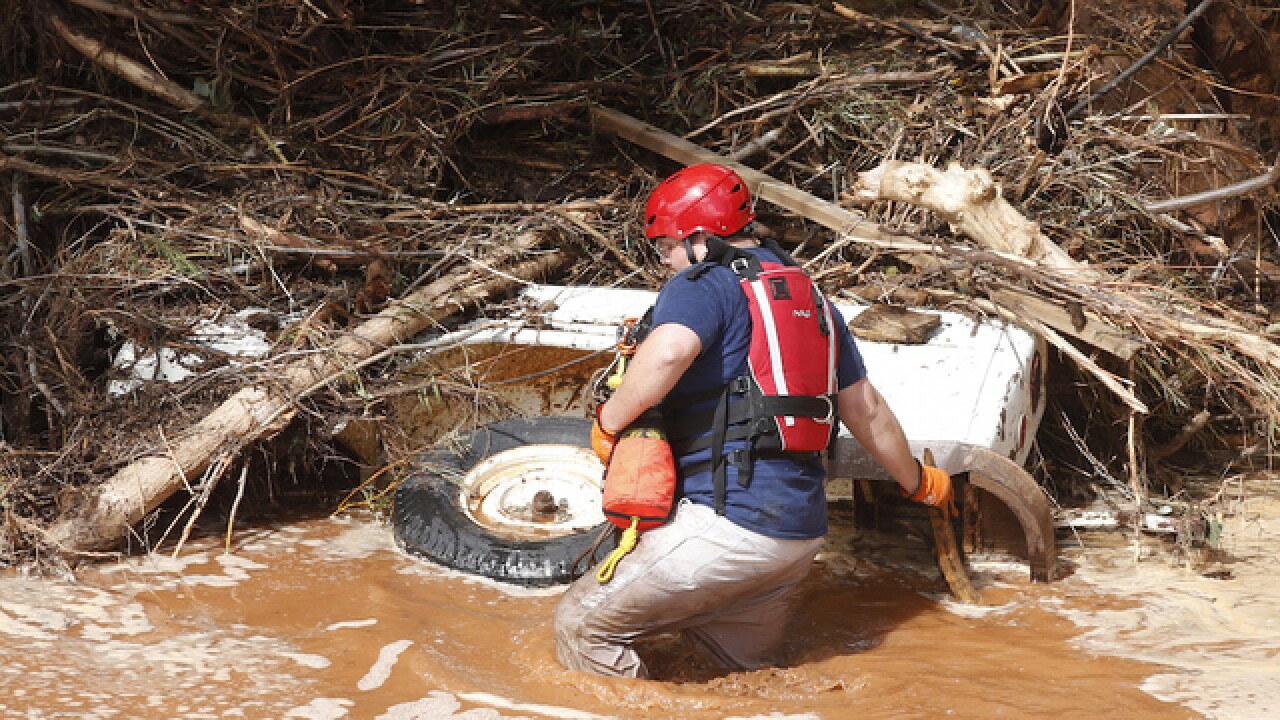 George Frey
<p>A search and rescue member searrches a buried vehicle in Short Creek where two vans were swept away the day before on September 15, 2015 in Colorado City, Arizona. Flash floods from heavy rains on the afternoon of September 14, 2015 washed away two cars in Hildale as they were crossing a flooded creek, killing multiple people.</p>

Twelve people are dead following flash floods that struck near the Utah-Arizona border.

As of Tuesday evening, one person was missing, according to CNN. The floods occurred in less than one hour, witnesses said. The sun shined immediately after.

Most of those killed were children, according to reports. The youngest who died was 4 years old.

Floodwaters poured down a canyon into the community, where residents are mostly members of the Fundamentalist Church of Christ of Latter Day Saints — the Warren Jeffs polygamist sect.