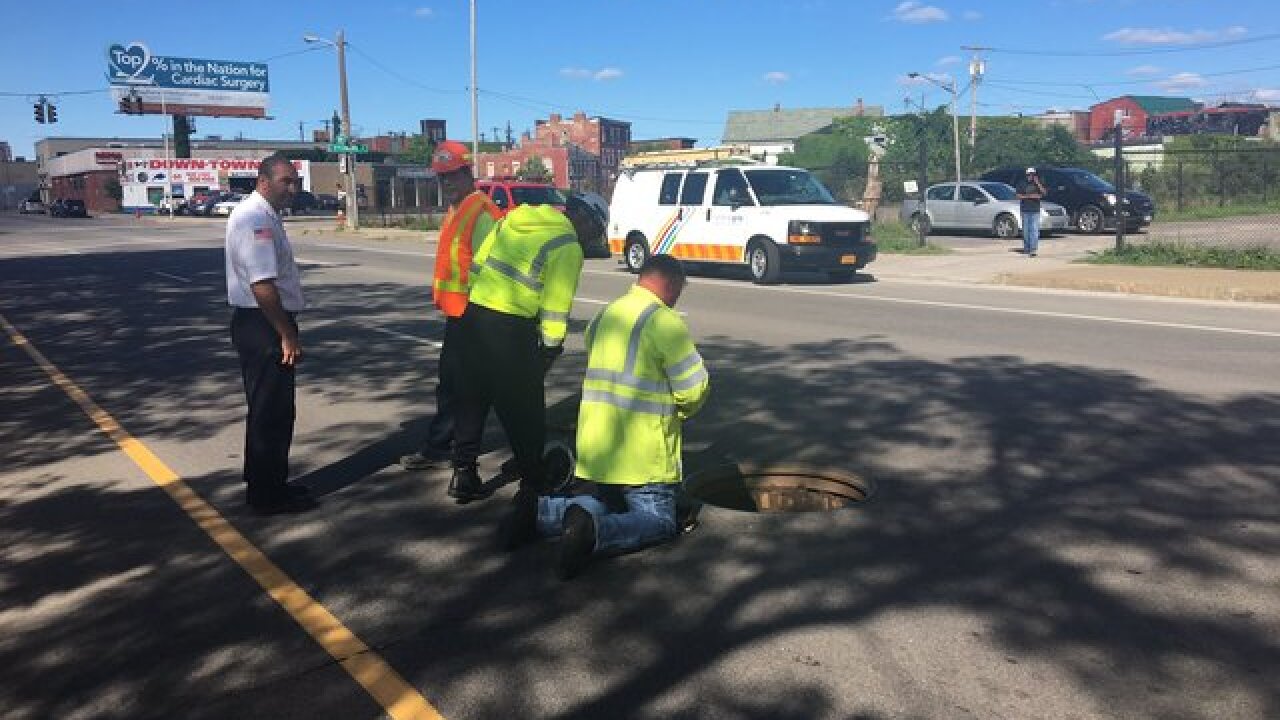 A small underground fire caused a manhole cover to pop off Friday afternoon near the corner of Elm and Sycamore Streets in the City of Buffalo.

Buffalo Fire and National Grid responded to the scene around 4 p.m.

Crews told 7 Eyewitness News the fire was caused by a burned-out power line. The fire has since extinguished itself.

Built-up pressure from the fire and smoke caused the manhole cover to pop off. There were no injuries.

About 20 local customers lost power, including Catholic Health and Unyts.

National Grid is replacing the faulty cable and believes most customers will have power restored Friday evening, but a few may remain without power until Saturday morning.

National Grid will investigate the faulty cable to see what caused it to burn out.