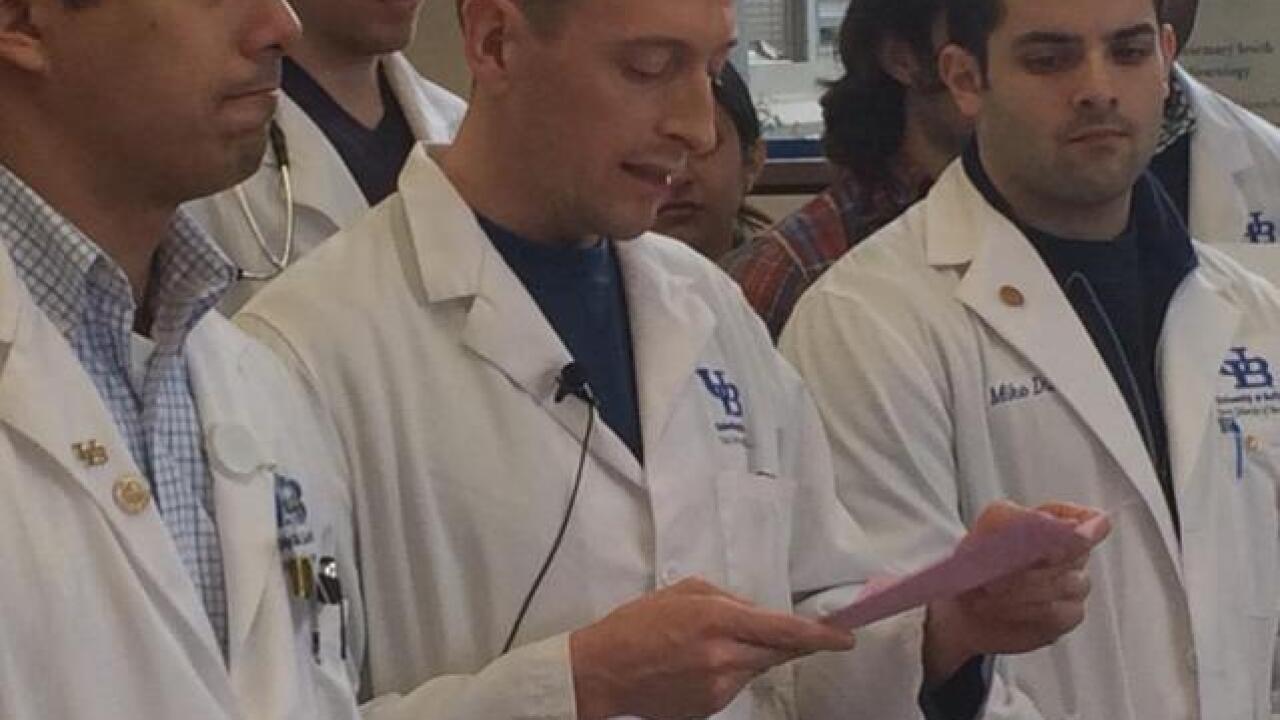 Medical students at the University at Buffalo School of Medicine and Biomedical Sciences will gather in solidarity with thousands around the world protesting officer involved killings of unarmed black men.

More than 1,000 medical students at more than 50 medical schools are participating in the die-ins nationwide. The event coincides with International Human Rights Day.

The medical community sees racial bias not only as a problem of the criminal justice system but also as a public health issue.

The "White Coat Die-in" will be held at the UB South Campus in the Biomedical Education Building Atrium at 12:00 pm. on Wednesday.