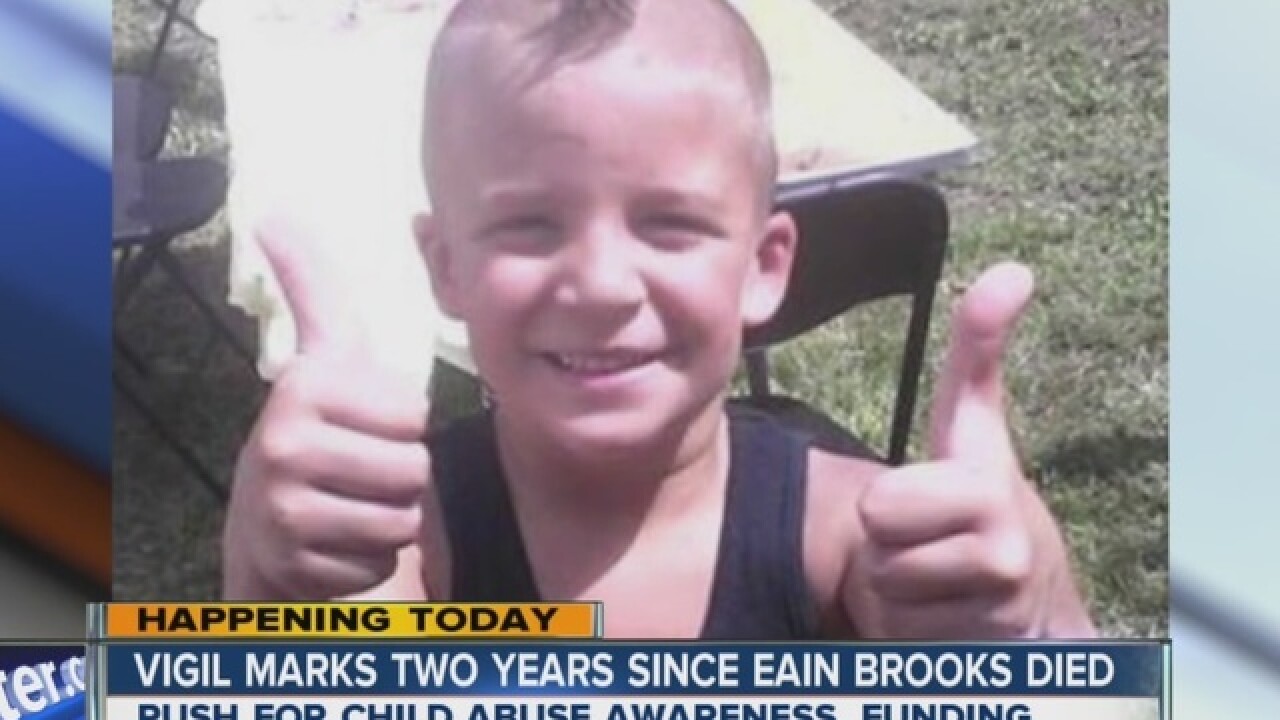 It has been two years since the story of Eain Brooks' death broke the hearts of many western New Yorkers. The 5-year-old boy was beaten to death by Matthew Kuzdzal, his mother's boyfriend.

Since Brooks was murdered, Eain's family has become very active in raising awareness for the holes in preventing and stopping child abuse, even forming Eain's Echo. Two years to the day the little boy died, they will join child advocacy groups to call for more changes.

At three in the afternoon, the Stop Abuse Campaign, Senator Tim Kennedy and loved ones of Brooks will team up to call for more funding to help prevent child abuse. They will also hold a candlelight vigil at 5:30 p.m.

"Waiting until a child has been abused, and reported to CPS, is too late," says Andrew Willis, the CEO of the Stop Abuse Campaign. Willis says that since Brooks was murdered, Erie County CPS has documented cases in which 7,500 more children have been abused.

Meanwhile, advocates also want to highlight places that help. One place that helps children who fall victim to child abuse is the Child Advocacy Center, which falls under Child & Adolescent Treatment Services.

The Child Advocacy Center, at 556 Franklin Street in Buffalo, is set-up to provide children with a safe and comfroting place to go to.

"Children get forensic interviews, forensically competent medical examinations, so they get all the places under one roof so they don't have to go place to place telling their story," explains Judith Olin.

Each child who comes in gets a teddy bear. The brightly colored center also has toys for kids to play with and brings in dogs as party of therapy.

"Children who are abused need to be believed and they need to be healed so that they don't bring that problem into adult life with them," Olin says.

Nearly all victims of child abuse are being hurt by a close and trusted individual.