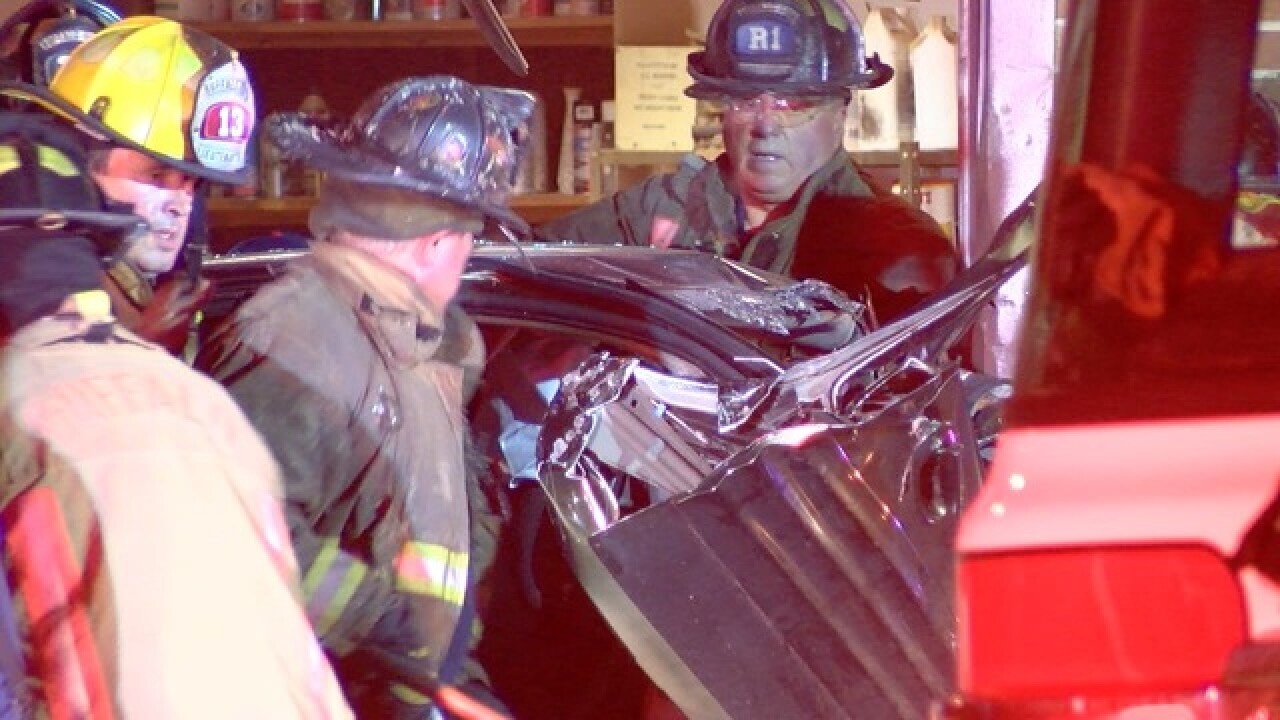 Two people had to be rescued from a mangled car after it crashed into a building overnight.

The crash happened around 12:30 a.m. Friday at the intersection of Amherst Street and Military Road.

Firefighters had to use specialized hydraulic tools to free the trapped victims from the car.

The driver was severely entangled in the car with the engine being pushed onto his lap.  It took firefighters 47 minutes to free the driver.

Firefighters then worked to move the engine and dashboard off of the patient and untangled his feet by cutting the break pedal from the car.  Although unconscious, the man was breathing on his own when he was transported to Erie County Medical Center for further treatment.

"When we first got to the scene we could barely see him through the wreckage of the vehicle. We were able to get a firefighter in the back seat and were able to find a pulse on him and I was sort of surprised that we were," added Swanekamp.

The passenger was freed from the car in about 14 minutes. She was also taken to Erie County Medical Center for treatment.

The Buffalo Police Accident Investigation Unit has begun to reconstruct the crash.

Carolyn O'Kelly was an eyewitness to the crash.  She told 7 Eyewitness News that the car was traveling down Military Road at a high rate of speed with a Buffalo Police patrol car a following close behind.

"When you're going above the speed limit around 12:30 at night, I think that's a police chase.  It just was too shocking," said O'Kelly.

Police on the scene referred us to Mayor Buffalo Brown's spokesperson Mike DeGeorge for comment.