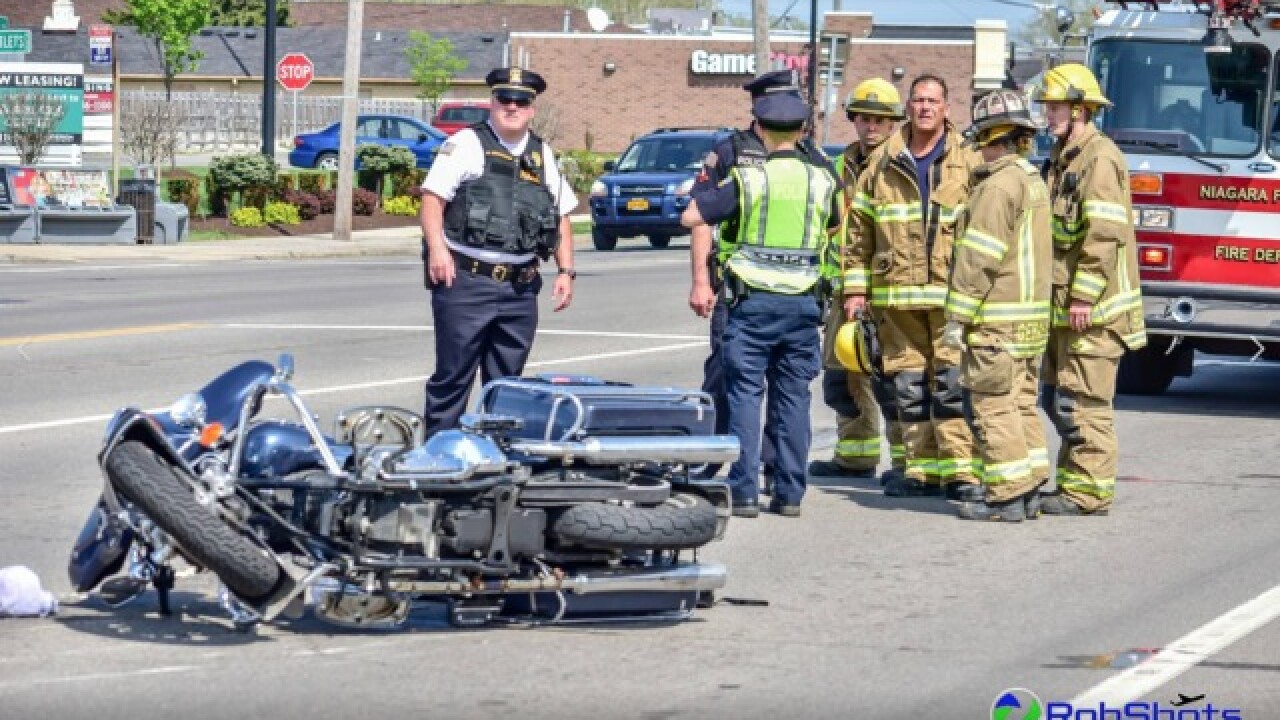 Emergency crews were called to the scene in the 6500 block of Niagara Falls Boulevard just after 3:00 p.m. on Wednesday.

Investigators say a 54-year-old man, driving a 2003 Harley Davidson motorcycle, swerved to avoid another vehicle and hit the back of a Jeep.

A 48-year-old woman on the motorcycle, was thrown from the bike and also hit the back of the Jeep.  Both the driver and passenger of the motorcycle were taken to the Erie County Medical Center.  According to police, both of them are in stable condition.

The crash management team is continuing the investigation.

No charges have been filed at this point.