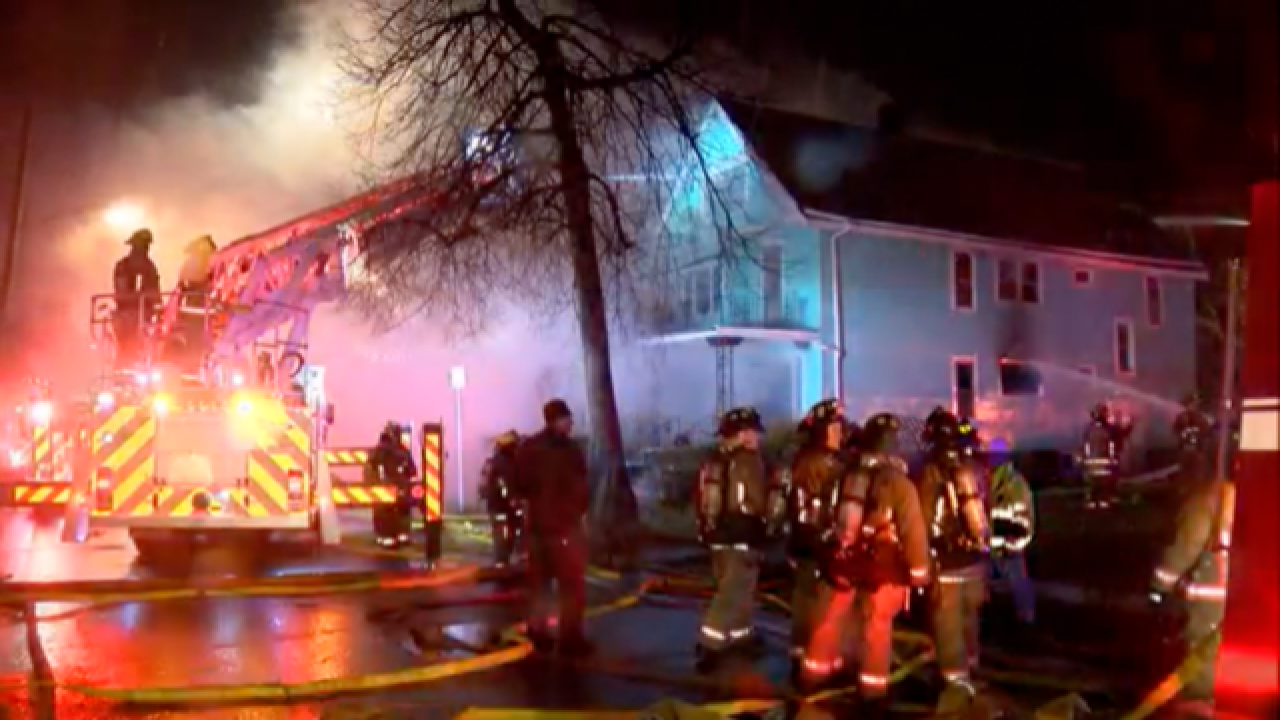 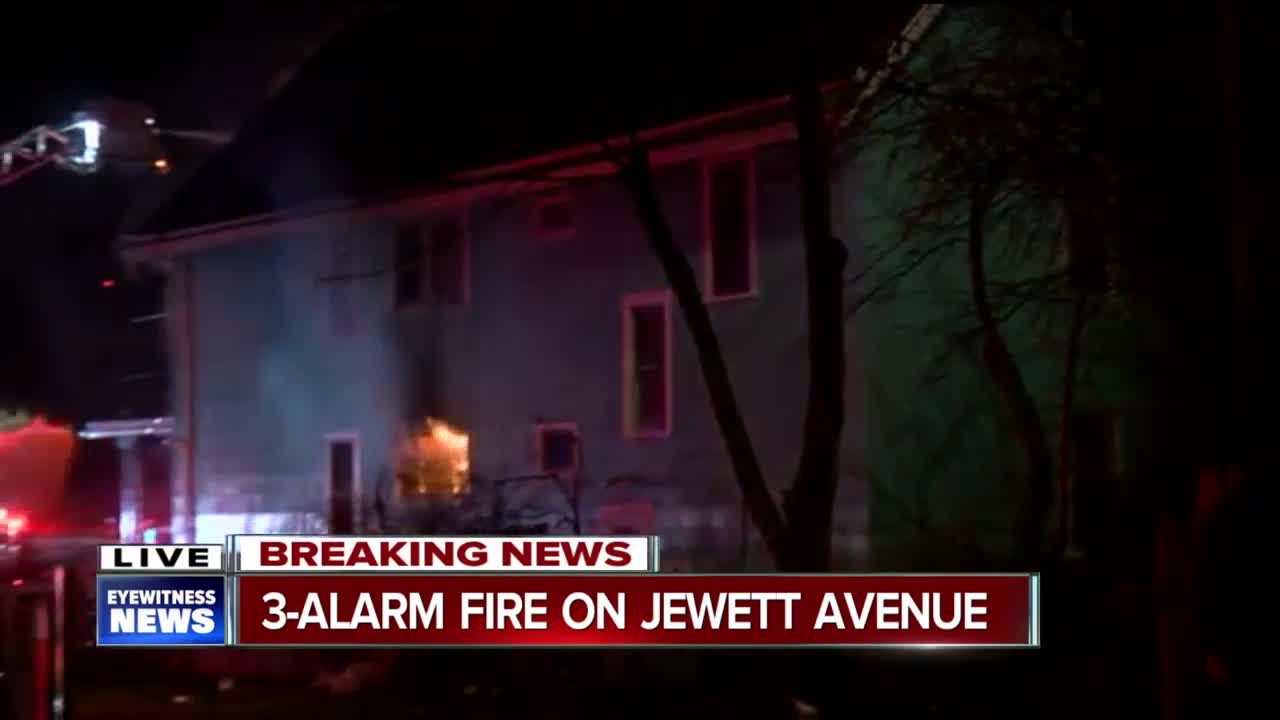 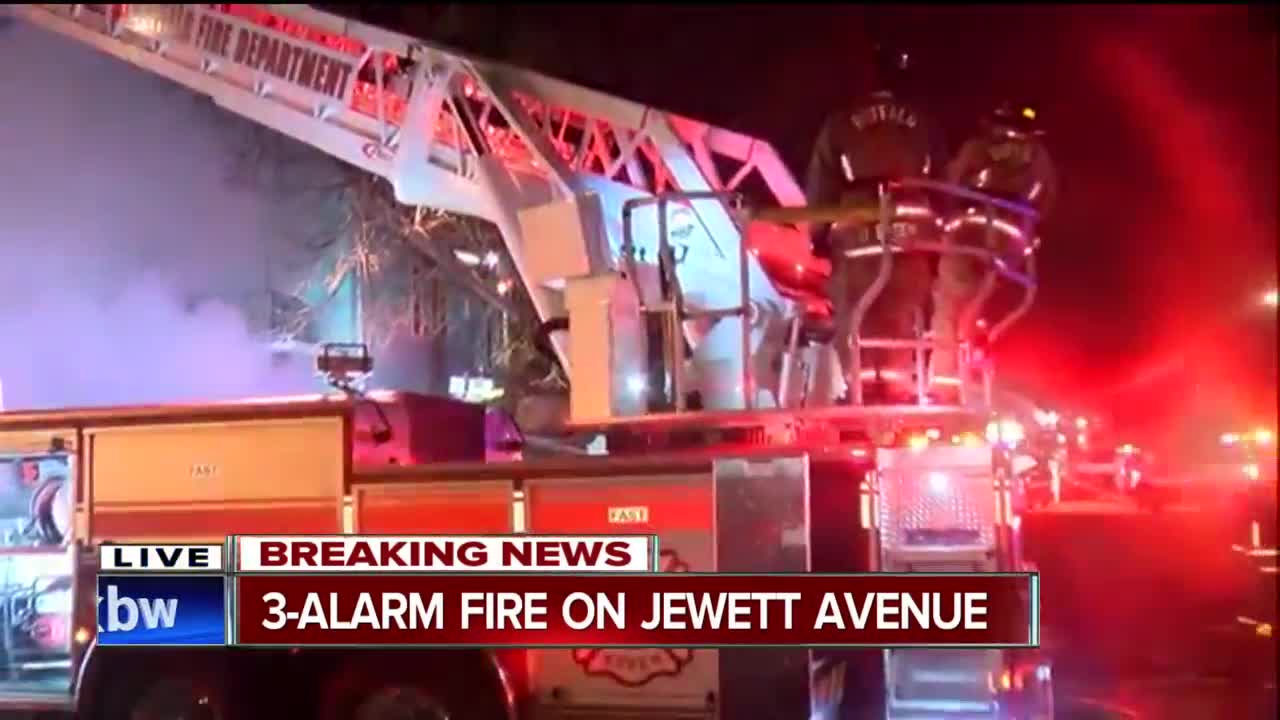 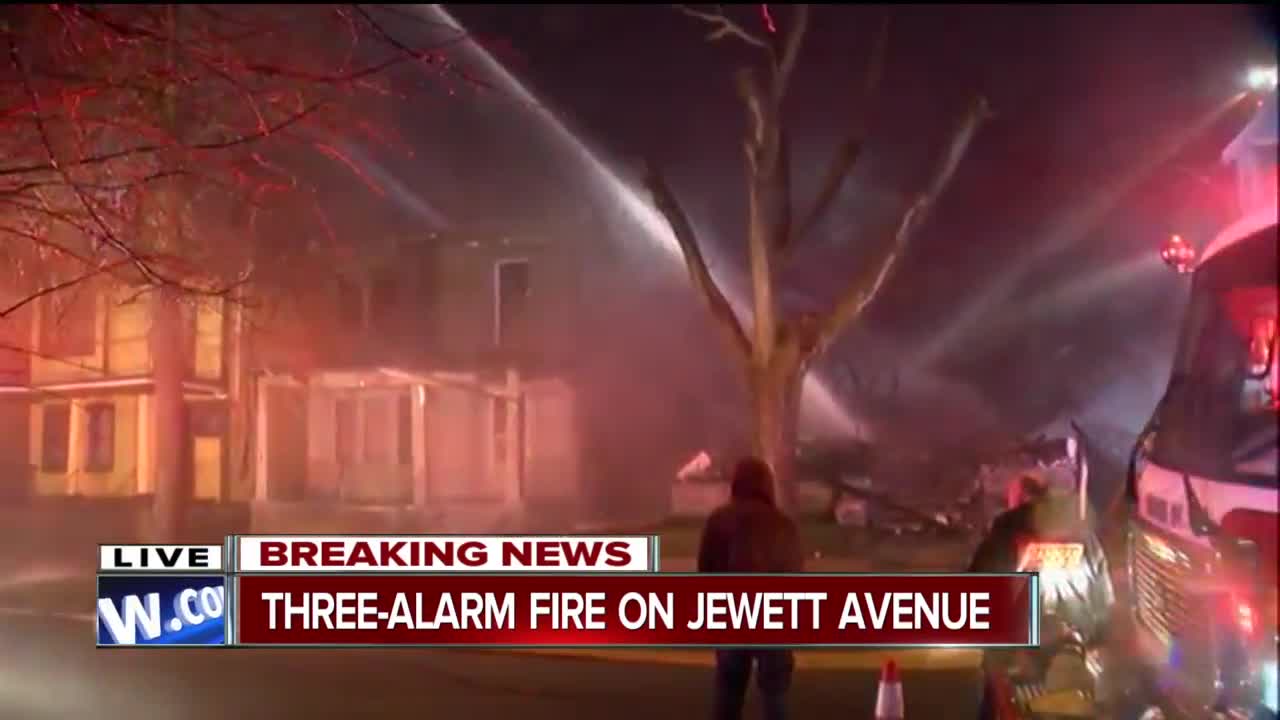 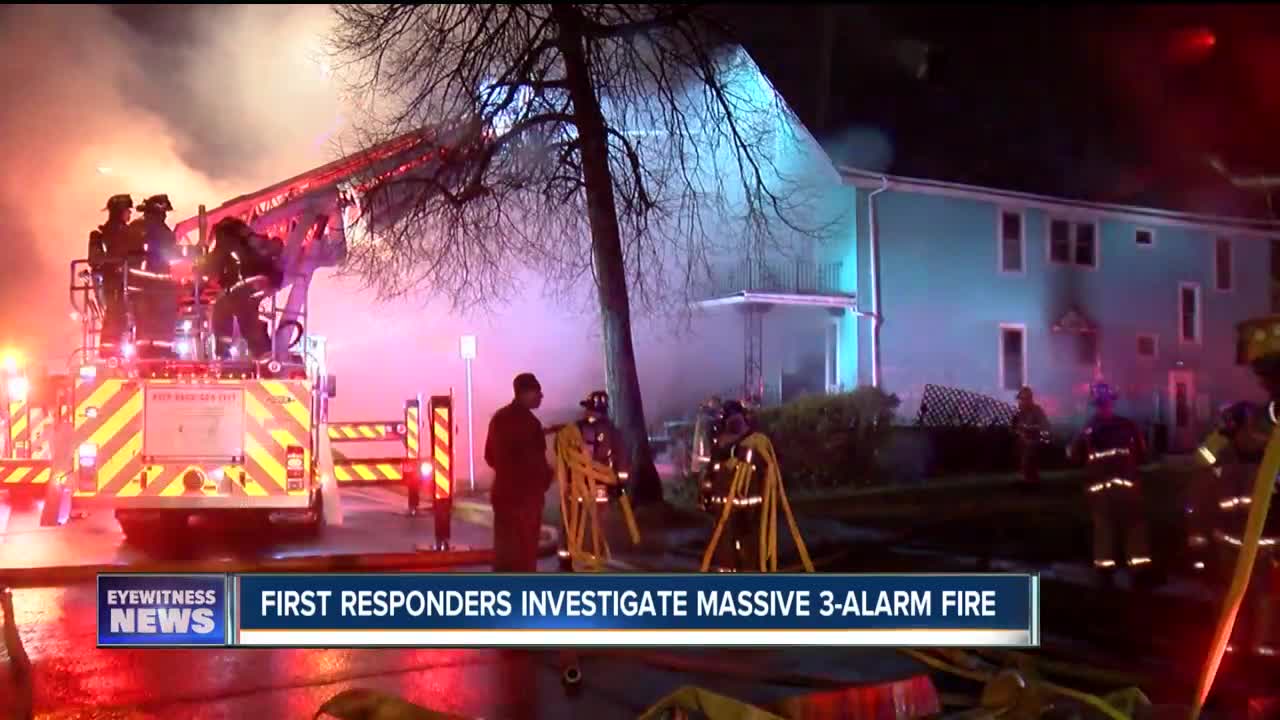 Buffalo firefighters were called to a three-alarm fire on Buffalo's east side early Friday morning.  Fire quickly spread to several other neighboring homes.

Fire started at 230 Jewitt Avenue about 4:15 a.m. Friday.  That house was reduced to rubble.

One of the homes collapsed.  Fire caused a second to partially collapse.  Fire was extinguished before the other two homes collapsed, but crews are still monitoring their structural integrity.

At least 80 firefighters were called to help fight this fire.  That includes three fire chiefs.

Smoke and flames were seen pouring from these homes for more than an hour.

It's unclear how the fire started.  Firefighters say the fire caused thousands of dollars in damage.

Firefighters tell us no one was hurt.

Two dogs were removed from one of the houses.  A cat died in a separate home.

The Salvation Army has been called to help those affected by the fire.