President Donald Trump, who has been silent about the allegations facing Congressman Chris Collins, appears to have referenced him in a tweet in which the President calls out Attorney General Jeff Sessions.

It is important to note that Sessions has nothing to do with the Collins case. The case is being handled by the Southern District of New York. 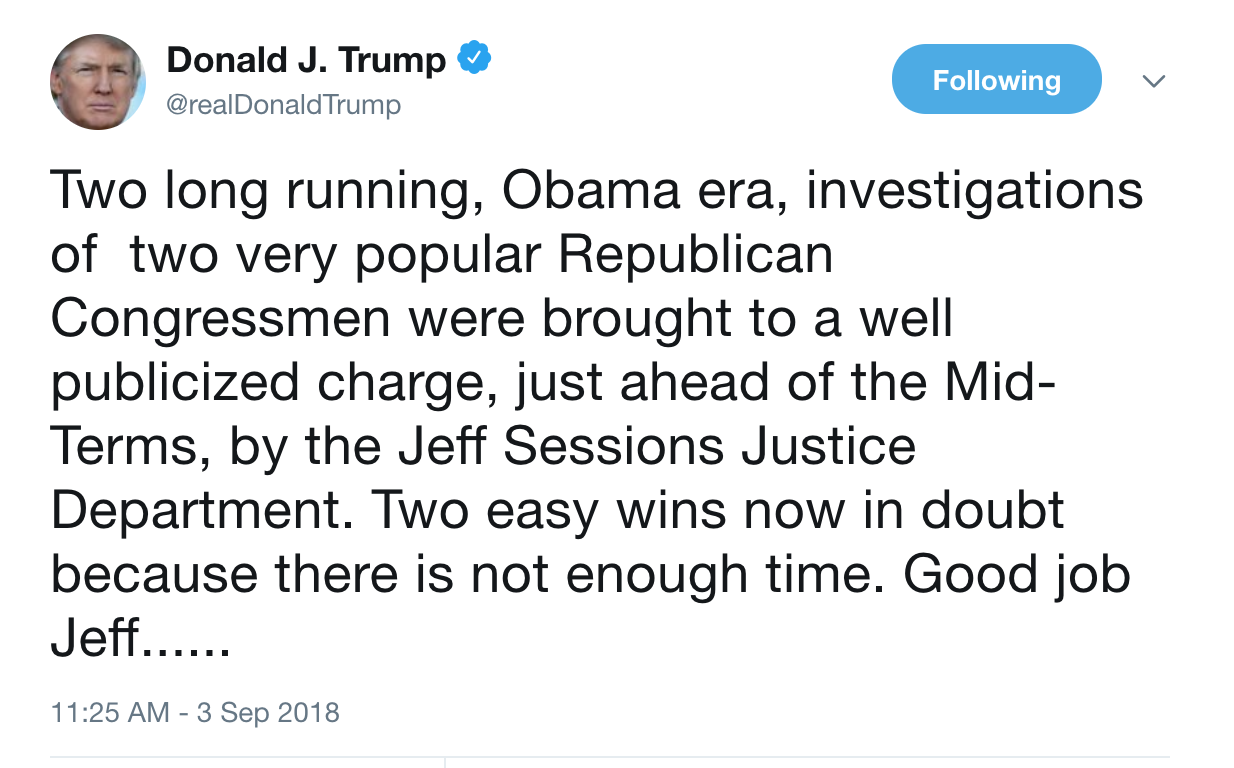