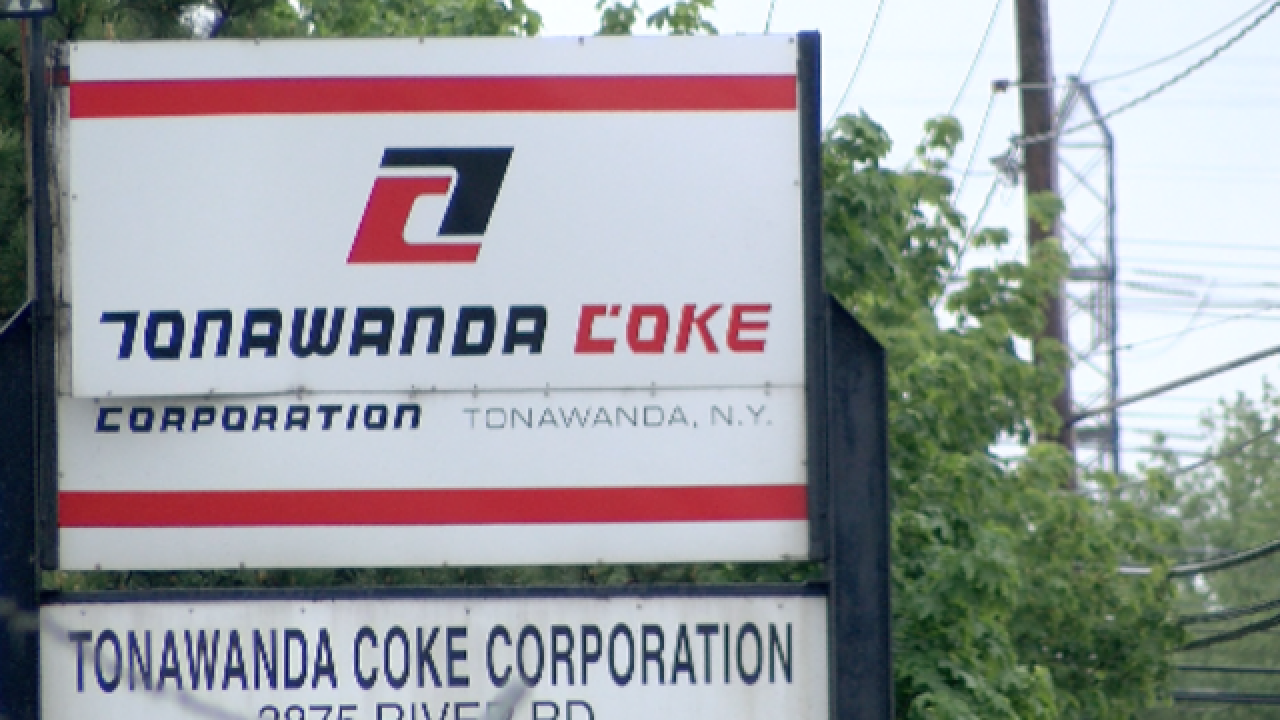 Firefighters had a tough time gaining access to the Tonawanda Coke Plant on River Road after a controlled burn. A spokesman from Tonawanda Coke says a fire chief and Town of Tonawanda inspector were escorted onto the property.

According to Town of Tonawanda Supervisor Joseph Emminger, shortly after 9 p.m. there was a power outage at the plant. During the outage, gases were admitted to the atmosphere which forced Tonawanda Coke to begin a "controlled burn".

According to Emminger, the burn "got a little out of control" which resulted in the response of multiple TOT fire departments.

When the fire crews arrived to the plant they were "stopped by forklift" before crews were finally allowed into the plant, the Town Supervisor said.

Refusing to let the fire crews enter the facility was suspicious to Emminger.

"Usually you don't let someone into a scene, especially a first responder, unless you're trying to hide something" Emminger said.

When the fire crews were eventually let in, the fire was under control.

"We're very concerned here" Emminger said, "I will be contacting OSHA in the morning."

Tonawanda Coke has had a history of issues, with this incident being the latest. Representatives from Tonawanda Coke are expected to appear in Federal Court Tuesday to address plant emissions. According to Emminger, the problems that continue to occur at Tonawanda Coke are becoming tiresome.

"They're wearing out their welcome" Emminger said.

The Company followed its Standard Operating Procedures for this circumstance. In accordance, with standard operating procedures and environmental regulations to prevent an environmental excursion a gooseneck was lit off.

The fire department, while appreciated, responded to inaccurate calls of a structure fire hampering personnel from their procedures and prevented additional management crews from gaining access to the facility to assess the situation. A Fire Chiefs SUV and Town of Tonawanda Inspector were escorted onto the property and observed Tonawanda Come personnel execute their standard operating procedures and then exited the facility as operations returned to normal.