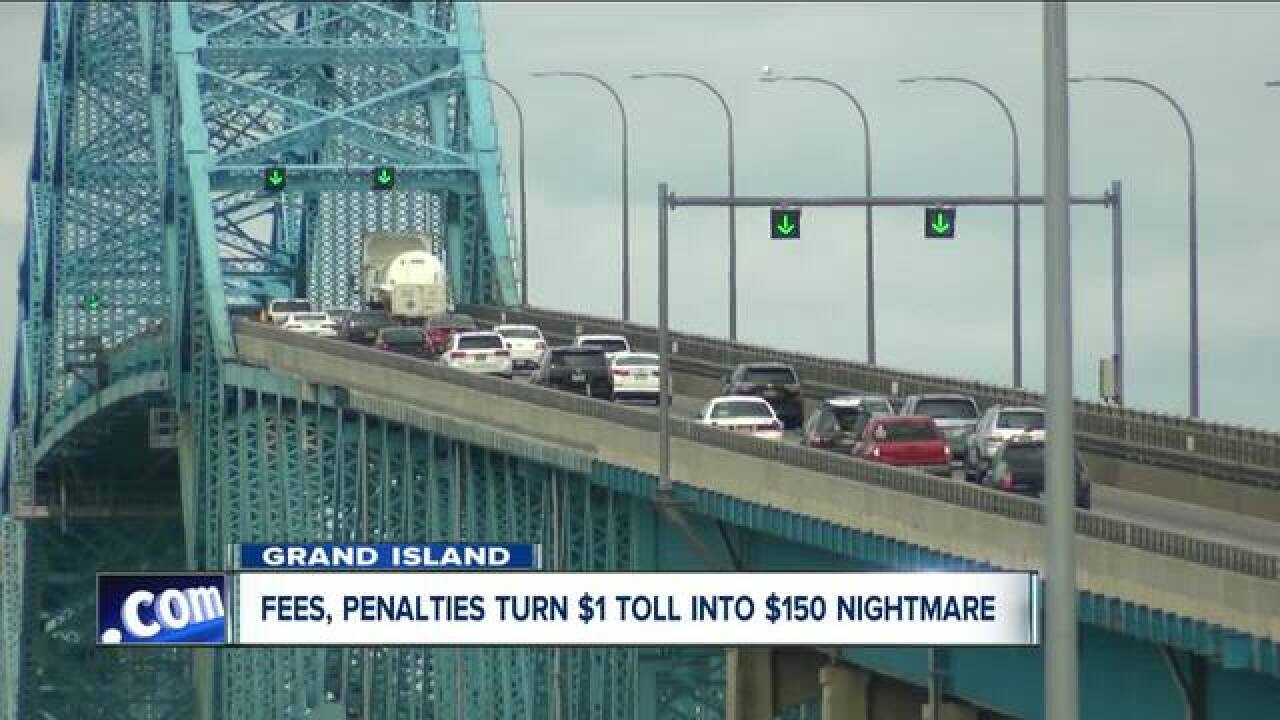 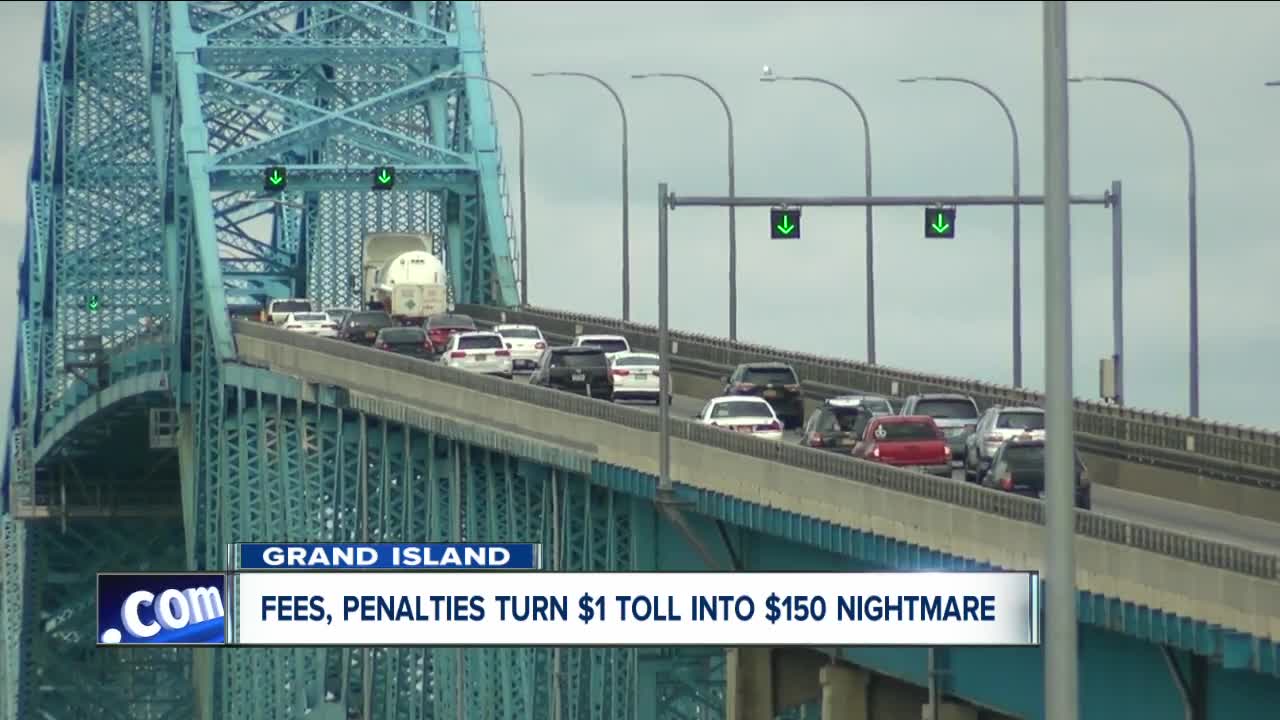 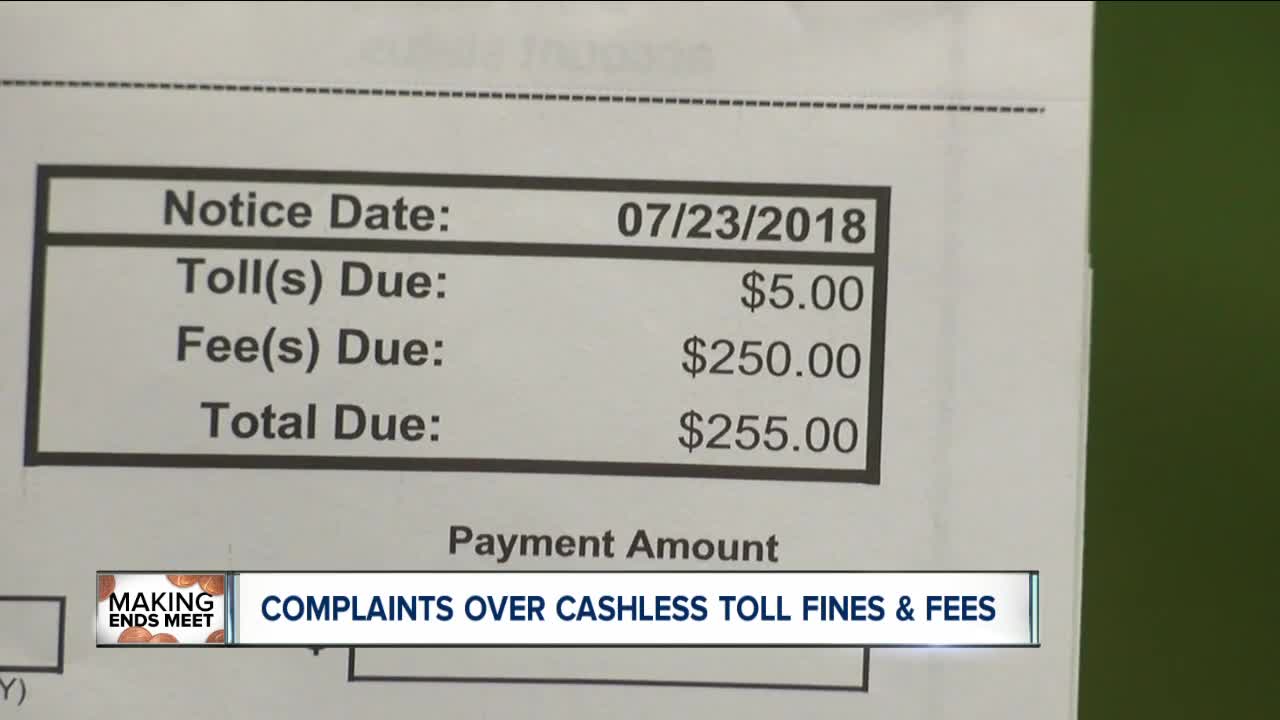 Three trips across the Grand Island bridge costs $3 in tolls. That's how much Marcus Kelly was billed by the New York State Thruway Authority. But, after paying the bill too late, he was fined $150 on top of the tolls.

"I was totally pissed off," Kelly said. "Over a dollar toll, I could not believe this was happening."

"That is outrageous and it's not how the Thruway Authority or any part of New York State government should be doing business," NYS Senator Tim Kennedy said.

"I have other bills to pay and to be worried about a $255 bill, especially for your vehicle that you have to used to get back and forth, that's ridiculous," McGee said.

"It's just not me," Johnson said. "It's too many people who are having the same problem and then that threatens the livelihood of others who are less fortunate."

Kennedy is trying to change the way the Thruway Authority handles late fees and violations when it comes to new cashless tolls. Grand Island tolls were switched to cashless in March.

In order to give drivers more time to get used to the new cashless system, Kennedy wants there to be a six month amnesty program where drivers are forgiven late fees and other charges. He has written legislation to create such a program, but asked the Thruway Authority to enact a similar policy on its own until the legislature returns to session.

"This would give opportunity for drivers to pay their tolls without accumulating a ridiculous late fee in a system that they are still adjusting to," Kennedy said.

Similar to Kelly, Briana Harrington from Buffalo also found herself with a large bill due after crossing the Grand Island Bridges.

"I crossed the Grand Island Bridges four times in the past few months and inadvertently racked up $200 in late fees," Harrington said. "I'm not asking for special treatment or trying to avoid paying tolls that we all pay - but while we all adjust to a new system, it only makes sense that we should have an amnesty period. I appreciate Senator Kennedy pushing the Thruway Authority to make this right."

Anyone who disputes fees on the bill is asked to contact Tolls By Mail New York directly. That's the website and service that handles cashless tolling in the state. The Thruway Authority also has staff who can assist with these issues.

“Customers have nearly 100 days to pay their toll bills before violation fees are assessed. As state law mandates, it is the responsibility of drivers to update their addresses the DMV to ensure toll bills are mailed to the proper address.”

“We urge customers who have questions or traveled through a cashless facility and claim they have not received a bill to contact us immediately, and we are eager to work with the Senator to address his constituents’ concerns.”

“Cashless tolling saves time, reduces congestion and cuts gas emissions and we continue to urge costumers to sign up for E-ZPass – the easiest and most affordable way to pay tolls.”