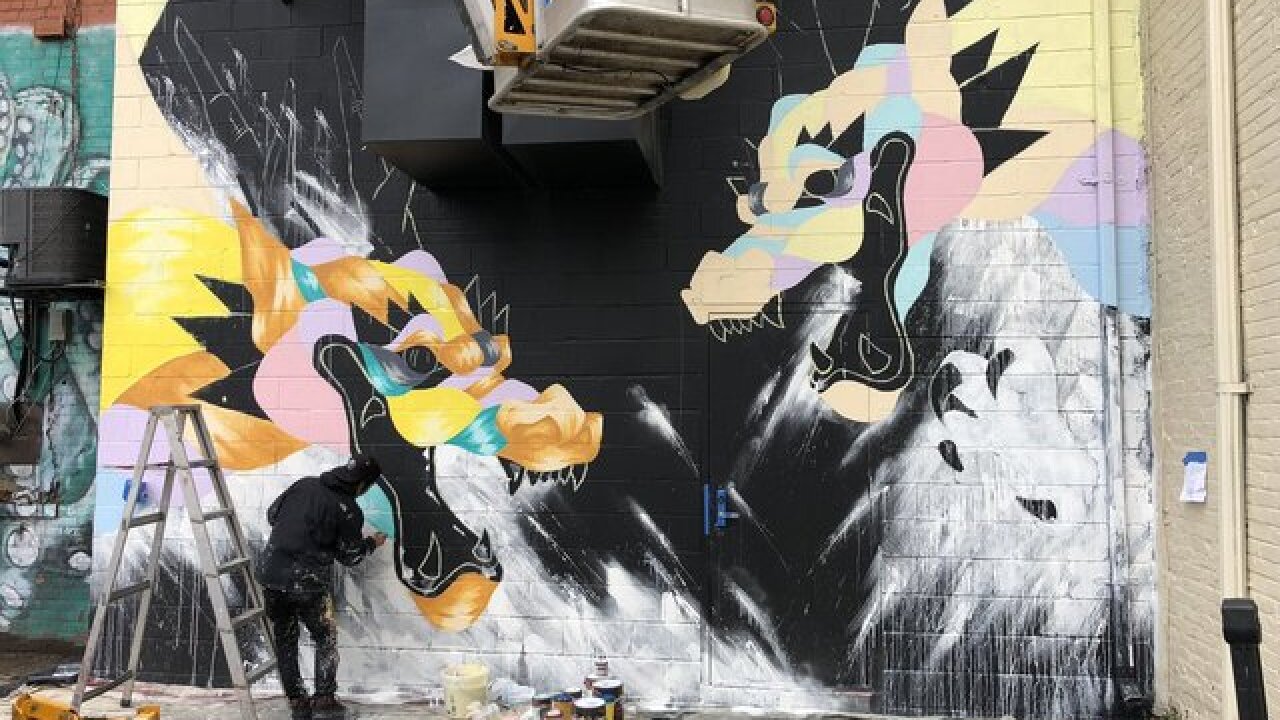 Misuta Chow's partnered with Collective Arts Brewing Company for a mural contest and the winner of the contest took to Main Street Saturday to leave his mark on the Queen City.

Sudo's submission was one of nearly four dozen entries according to a Facebook post from Misuta Chow's.

The mural is expected to take around a week to complete.