Three adults, 11 children forced out of home after two-alarm fire in Buffalo 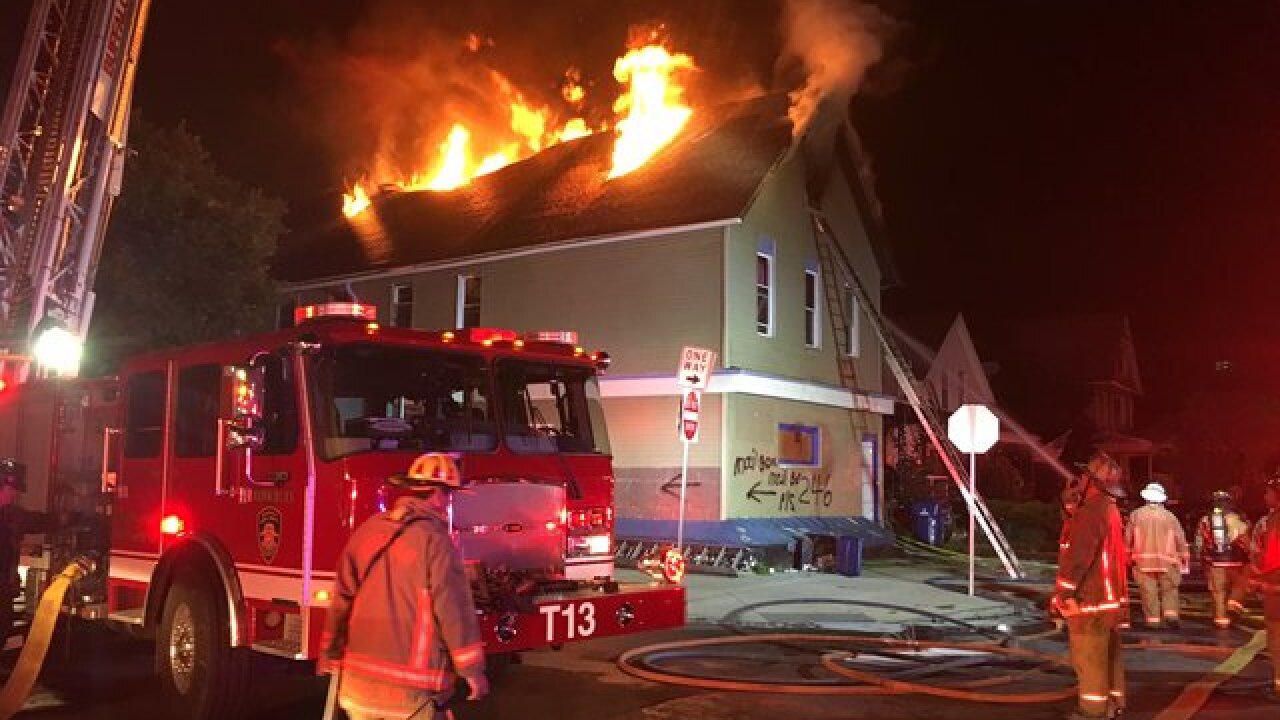 A two-alarm fire on Buffalo's west side forced three adults and 11 children out of their home early Monday morning.

Firefighters were called to Massachusetts Avenue at Normal Avenue around 3 a.m. on Monday. A second alarm was called in shortly after. The fire spread across two homes: an occupied building at the corner and a vacant home next door. Firefighters had to climb onto the roof of one of the buildings to release smoke from the attic. The roof later collapsed.

Flames have punched through the roof of one of the houses. pic.twitter.com/04jGvttbjR

A division chief for the Buffalo Fire Department told a 7 Eyewitness News photographer that several firefighters were hurt at the scene, but all injuries were minor.

The Red Cross is helping the 14 people who were displaced by the fire. Everyone living in the home escaped safely.

Firefighters are still working to determine what caused the fire. The vacant home is slated for emergency demolition on Monday.