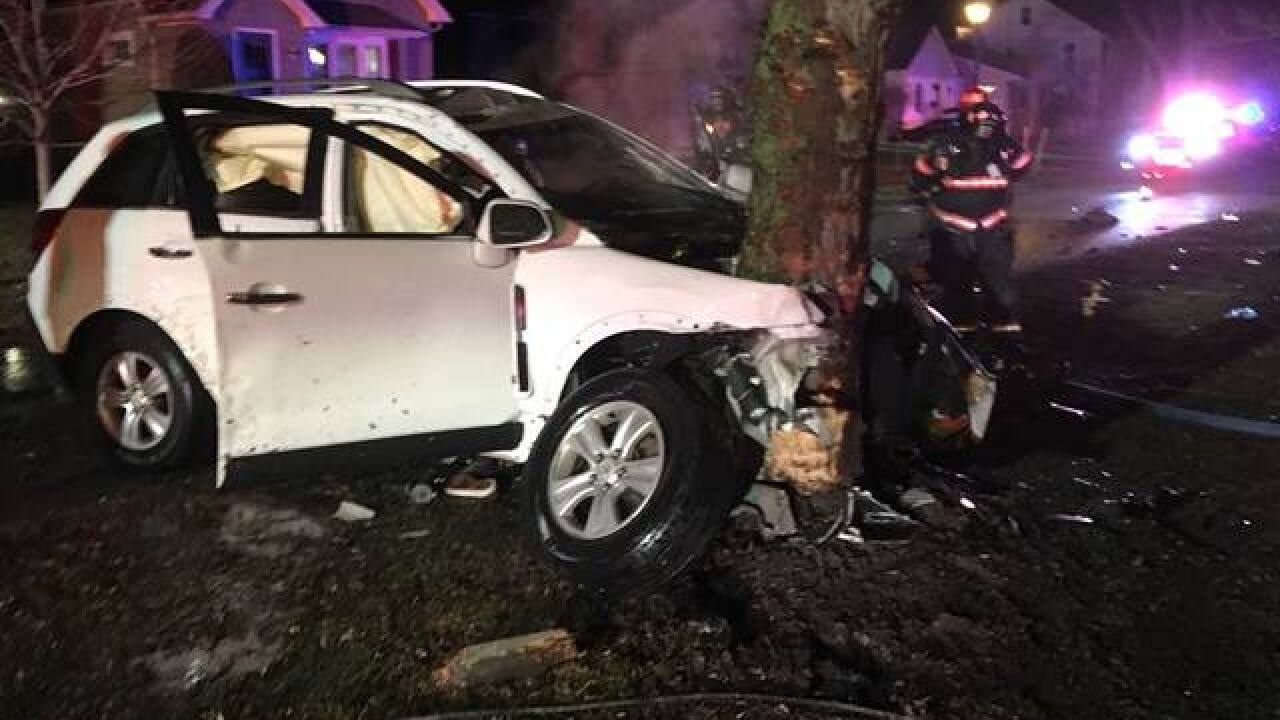 An 18-year-old from Amherst was taken to the hospital, late Sunday night, after police say he crashed into a tree.

Amherst police say the teenager, who has not been identified, had a serious head injury.

Police are still trying to notify his family about the crash.

This happened about 11:15 p.m. on Capen Boulevard in Amherst.

Eggertsville Hose Company firefighters were called to help.  They shared the picture on their Facebook page.  They report they were called for possible entrapment, though it's unclear if anyone was actually trapped in the car.

The crash is under investigation.  Amherst police are asking anyone with information to give them a call.