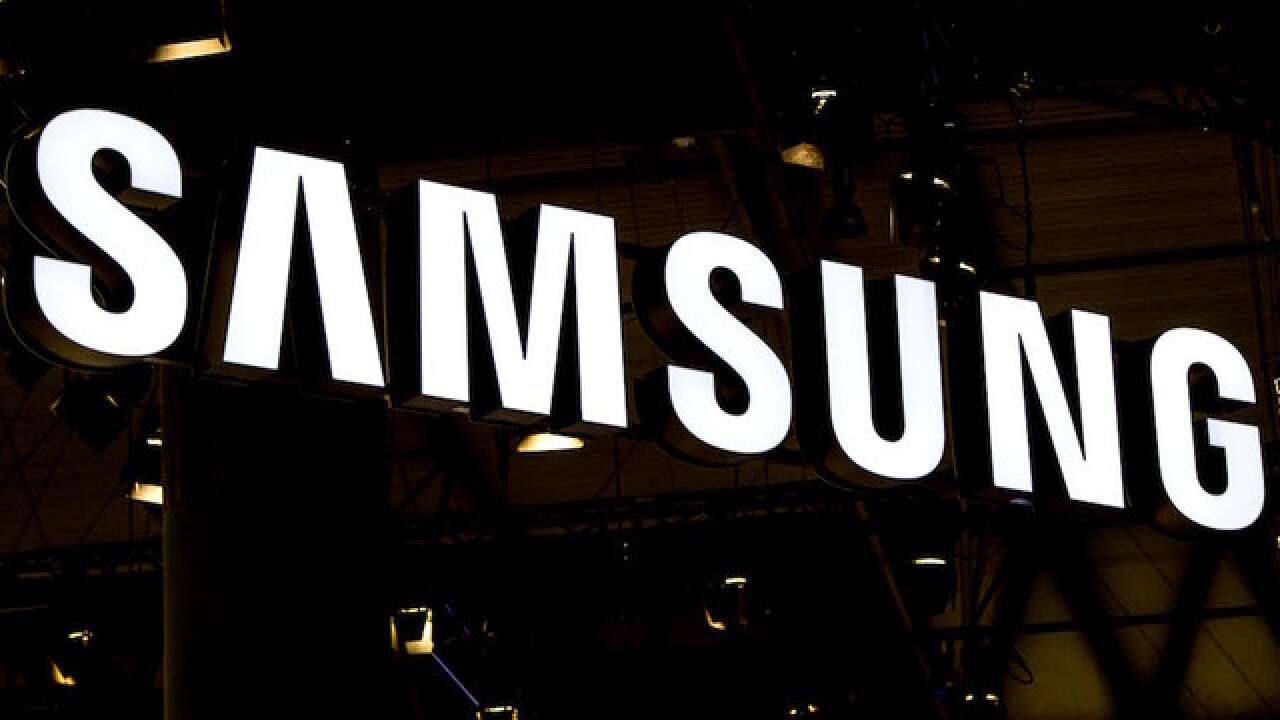 Copyright Getty Images
David Ramos
<p>BARCELONA, SPAIN - FEBRUARY 22: A logo sits illuminated outside the Samsung pavilion on the opening day of the World Mobile Congress at the Fira Gran Via Complex on February 22, 2016 in Barcelona, Spain. The annual Mobile World Congress hosts some of the world's largest communications companies, with many unveiling their latest phones and wearables gadgets. (Photo by David Ramos/Getty Images)</p>

During hours of questioning broadcast live on national TV on Tuesday, the heads of Samsung and seven other giant corporations defended themselves against allegations linking them to the corruption scandal that appears likely to bring down the country's president after weeks of massive protests.

For so many top corporate bosses to face public scrutiny at the same time over the ties between business and politics is "completely without precedent," said David Kang, director of the University of California's Korean Studies Institute.

The business leaders admitted that their companies made contributions to two foundations controlled by the woman at the center of the corruption scandal after receiving requests to do so from the office of President Park Geun-hye. They said refusing such requests would have been very difficult, denying that the contributions were made in exchange for favors.

"President Park asked us to support the development of culture, sports and tourism," said Lee Jae-yong, the vice chairman of Samsung Electronics who is expected to succeed his ailing father at the top of the giant company.

Finding himself the focus of many of the lawmakers' questions, Lee apologized for his company's connection to the scandal but didn't admit to any wrongdoing. He said Park didn't directly ask him to support the two foundations controlled by her confidante, Choi Soon-sil.

"I wasn't aware of Samsung's payment to the two foundations, and I was only briefed after the fact," Lee said.

Choi, who does not hold an official government position, is accused of using her relationship with Park to accumulate millions of dollars in donations to her foundations. Choi has been charged with abuse of power, fraud and coercion, and two of Park's former aides also face criminal charges.

Park, who has apologized three times over the affair, is under pressure to resign or face possible impeachment.

Samsung's Seoul headquarters were raided last month by prosecutors who were reportedly investigating whether the tech giant illegally funneled more than $3 million to a company owned by Choi, allegedly to fund her daughter's equestrian training in Germany.

"Supporting equestrian horses for Choi Soon-sil's daughter ... was a mistake," Lee said Tuesday, adding that he didn't know who authorized the payment.

Lee said Samsung contributed to Choi's foundations through the Federation of Korean Industries, a business group for chaebols.

South Korean government officials have traditionally leaned on the federation to solicit donations from corporations. But the group's vice chairman, Lee Seung-cheol, said requests for Choi's foundations were different from others because they received special attention from Park's office.

Pressed by a lawmaker on whether contributions to Choi's foundations were voluntary or forced, he gave an evasive answer, saying it's "difficult to refuse orders and requests" from the presidential office.

There has been talks for decades about chaebols' ties to politics. The secretive corporate giants are massively important to South Korea's economy, "so the trading of favors or bribes or political influence between politicians and businessmen is almost endemic," Kang said.

Tuesday's unprecedented public airing of the conglomerates' ties to politics caps a grim year for chaebols.

Samsung is still recovering from the disastrous fallout from the fiasco over its fire-prone Galaxy Note 7 smartphone. Lotte is embroiled in a corruption scandal that led to the suspected suicide of one of its executives in August. And Hanjin Shipping, one of the world's biggest cargo movers, filed for bankruptcy protection in September.

-- K.J. Kwon and Paula Hancocks contributed to this report.