Taco Bell to sell chips flavored like its sauce packets

Taco Bell is always pushing the envelope when it comes to creating delicious, yet wacky, menu items (does anyone else remember the enchirito?). But to get its latest creation, you’ll have to stop at a grocery store, rather than the drive-thru because Taco Bell is getting into the chip game.

The fast-food chain is set to unveil three new types of tortilla chips, and a couple of them will be based on the its infamous hot sauce packets! The company made the announcement this month. The bags even look like the giant versions of the sauce packets! 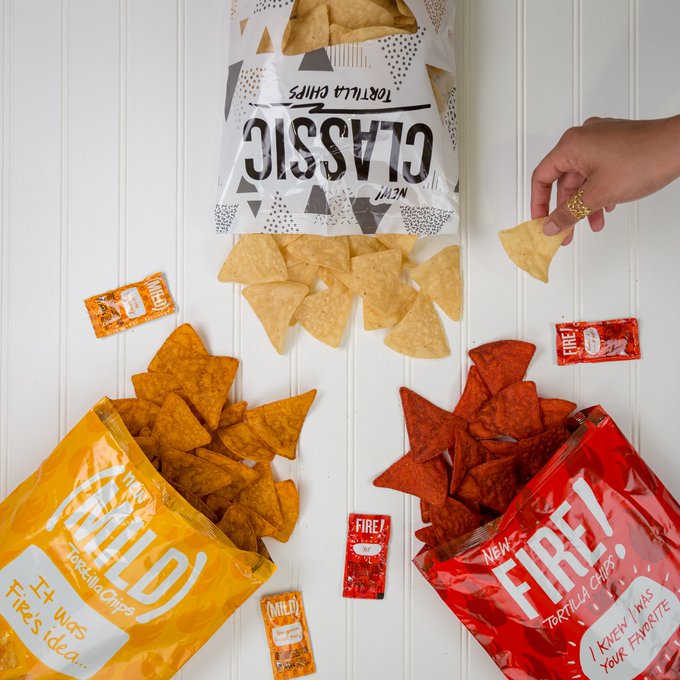 According to the company, the chips will come in three varieties: Classic, Fire and Mild.

Classic will be your basic tortilla chips, which is nice and all, but real Taco Bell fans are all about the flavor and the spice, so I suspect the latter two will be the most popular offerings. The Mild flavor will be slightly spicy, thanks to three different kinds of chili peppers, as well as a hint of cumin. Meanwhile, the Fire flavor will bring the heat, thanks to jalapeño, chili pepper and paprika.

(Side note: If you have leftover fire sauce packets from a recent Taco Bell run, mix them into scrambled eggs and thank me later. It’s so much better than regular hot sauce.)

Starting in May, you can find these Taco Bell tortilla chips at your local grocery or convenience store. And, if past history with Taco Bell has taught us anything, it’s that they don’t keep customers’ favorite items around forever—hello, Beefy Crunch Burrito—so you might want to try them ASAP if you are interested!

I haven’t been able to try them yet, but if the reviews at Food & Wine are to be believed, these chips are definitely worth a try, whether you are a Taco Bell fan or not … but, if you’re not, I really need to ask you to re-evaluate your life choices.