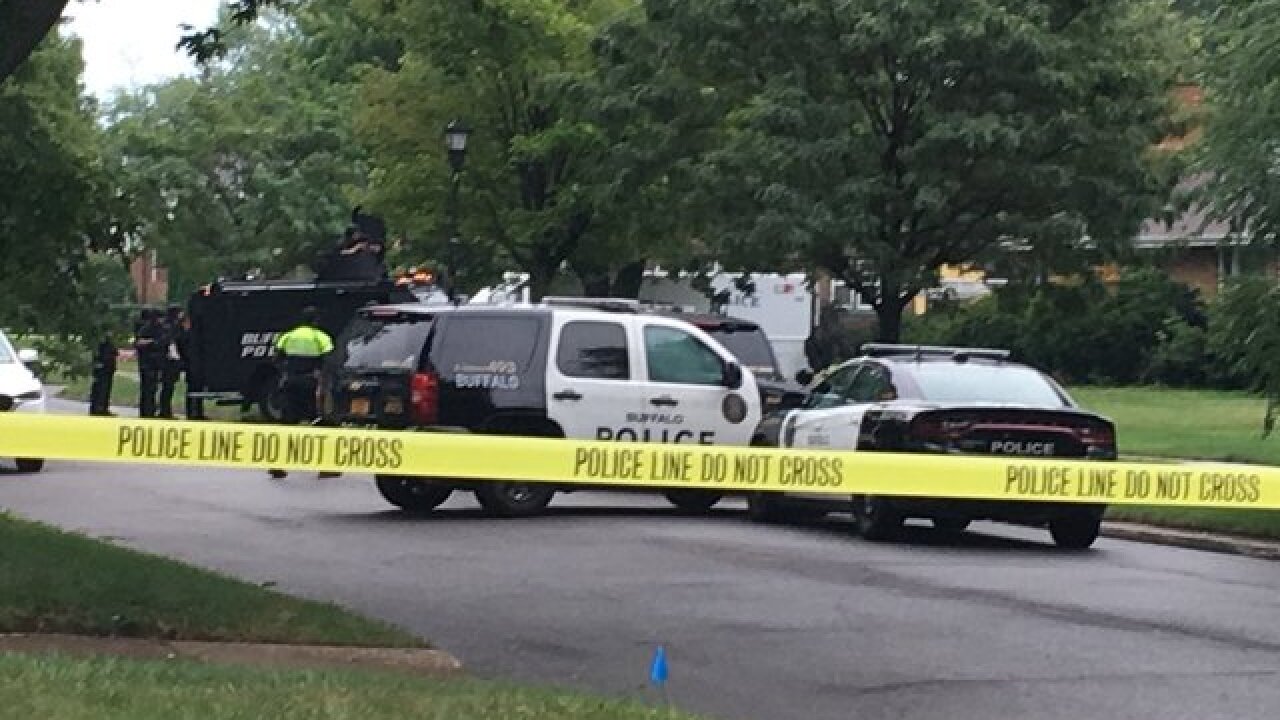 A SWAT situation has ended peacefully after a team responded to a report of a man barricaded in a home in the Kensington neighborhood of Buffalo.

BREAKING: BPD says standoff on Treehaven Road has ended without incident. Individual is in custody.

Multiple police cruisers were called to the scene at Treehaven Road and Huntley Road around 5:30 a.m. for a family dispute.

Police put caution tape near the intersection to block off the street.

Police say they used tear gas as they attempted to get the 22-year-old man out of the house.

Around 10:15 a.m., SWAT officers entered the home and the standoff ended without incident.

The Buffalo man was taken into custody and charges are pending. Police say he may have been armed with a knife.