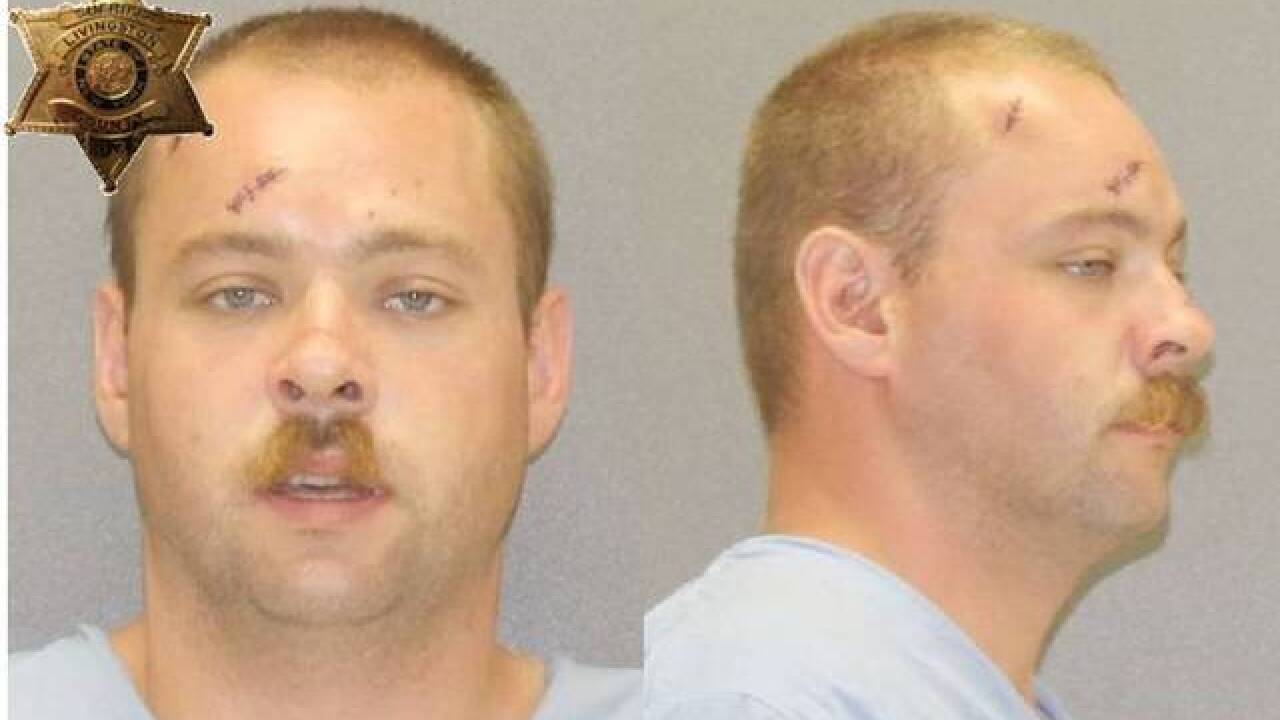 Livingston County deputies responded to a disturbance in Hemlock and found themselves in the middle of a fight.

Deputies found Kenneth Stahl near Water Street after a report of of property damage and assault.

Stahl became aggressive when deputies tried to arrest him, punching one in the face and biting another's leg. He was taken into custody and also injured himself, banging his head on the cage inside a patrol car.

Stahl was eventually sedated by first responders on scene and transported to Strong Memorial Hospital.

Stahl was arrested after being released from the hospital on Saturday. He was charged with assault, misdemeanor criminal mischief, resisting arrest, and disorderly conduct. He was arraigned Sunday in Livonia Town Court. Justice Mahoney held Stahl on $5,000 cash or $10,000 bond.