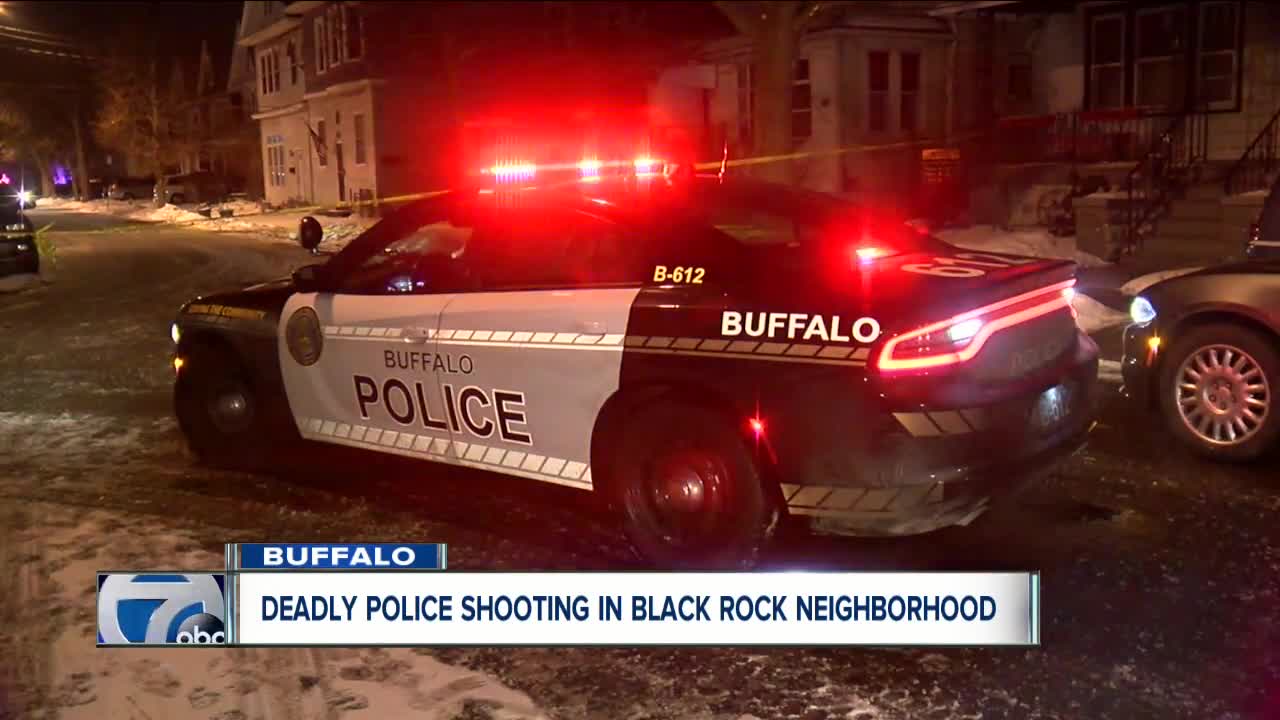 A suspect is dead following an officer-involved shooting in Buffalo's Black Rock neighborhood. The call originated at the Wegmans on Amherst Street, before a chase led an officer to fire on the suspect on a property on Gladstone Street.

A 47-year-old man is dead following an officer-involved shooting in Buffalo.

Buffalo Police have identified the man as Marcus Neal, of Buffalo.

Buffalo police said security from the Wegmans on Amherst Street reported a shoplifter at 11:20 p.m. Tuesday. An on-duty lieutenant who happened to be in the store was informed the suspect had ran.

Approximately eight minutes later, officers located the suspect across the street. They chased the suspect on foot to Gladstone Street.

Police said the suspect ran into a yard and climbed up onto a flat-roof garage. Multiple officers pursued him up there.

Once up there, he produced a knife and refused multiple requests to drop the weapon, police said.

Neal was transported to Erie County Medical Center and immediately put into surgery. He later died from his injuries. The officer, identified as 25-year-old Joseph Meli, was also taken to ECMC to be evaluated.

This is the third Buffalo police involved shooting since July.

This is a breaking news story. Please check back for updates.