The MOST AWKWARD moments from the 2016 election 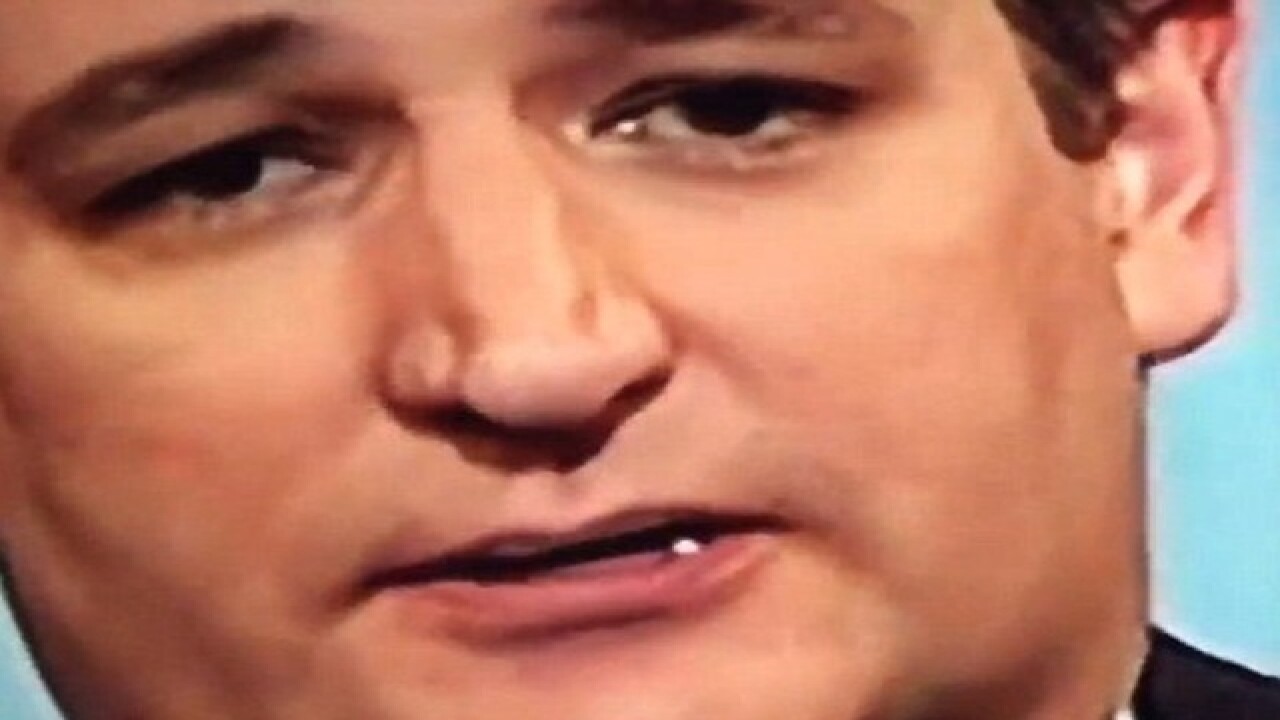 We started 2016 with 15 people vying for their party's candidacy.

We'll soon be down to two, so let's relive the most awkward and bizarre moments of the 2016 presidential race (so far).

1. When Ted Cruz ate a booger on live television

We just have to get this one out of the way immediately. Ted Cruz really ate a booger while the whole country was watching. Some conspiracy theorists think he actually had saliva (white and gooey saliva in the shape of a ball?) or a piece of popcorn resting on his lip and later swallowed down his gullet. You can judge for yourself -- if you have a strong stomach.

2. When John Kasich ate pizza with a fork

First of all, this is just dorky and strange. But it elicited some strong reactions from serious pizza eaters, like my coworker James. Kasich later said the pizza was "scalding hot" and he had no choice but to eat it with a fork. And he still stands by his pizza-eating technique. "Listen — I was eating pizza before that reporter was born," he said on Good Morning America. And guess what? Kasich didn't do too hot in New York. Coincidence? I think not.

3. When Hillary Clinton barked like a dog and Donald Trump used it in an attack ad

So, at a campaign event, Hillary Clinton started telling a story about an Arkansas radio station that likes to call out lying politicians -- with the sound of a barking dog. She was joshing around, bashing the GOP candidates and imitated the dog barking at the scent of their lies. It was kind of a bizarre moment in general, especially in the form of a Vine with only the shot of Clinton barking.

But, of course, Donald Trump decided this little video (out of context) was attack ad gold. So he made an attack ad. Of Hillary Clinton barking. Because that's clearly how she would run the United States -- just spending her days barking like a dog.

Is this what we want for a President?

A video posted by Donald J. Trump (@realdonaldtrump) on

4. When Trump compared his wife to Cruz's wife in a public Twitter fight

Speaking of the Donald...remember that time he got into a legitimate Twitter fight with Ted Cruz over whose wife was hotter?

No, not in the sixth grade. This happened in March. Here's how it went down:

An anti-Trump PAC used racy photos of Trump's wife Melania -- ones that are very easy to find on the Internet, by the way -- and Trump decided that it was all Ted Cruz's fault. He blamed him for the ad; with that, the feud began.

The whole world watched it unfold. Trump accused Cruz, Cruz denied, Trump persisted and then threatened to "spill the beans" on Heidi Cruz. (What he meant by "spill the beans on your wife" is still unclear -- grammatically, one would insinuate that Donald Trump actually wants to spill hot beans on Heidi Cruz.)

When that didn't seem to get Cruz riled up, Trump decided to retweet a photo of Melania and Heidi side-by-side to show America that he is the real winner of the fight.

Ben Carson made some interesting claims on the campaign trail.

It started when he said he adamantly believes the pyramids were built by Joseph (from the Bible) to store grain.

Pretty much everyone else accepts what archeologists and anthropologists found: The pyramids were built by the Egyptians as tombs for the pharaoh.

In Carson's defense, he's a brain surgeon -- he never claimed to be a historian.

Bernie Sanders is pretty pro-women's rights, that's why it's extra bizarre that he wrote an essay with pretty explicit descriptions of submissive women in sexual encounters.

The essay was a piece for the Vermont Freeman -- described as an "alternative newspaper" -- in 1972. It was called "Man-and-Woman," and the subject matter was gender roles...kind of.

When the essay resurfaced almost one year ago (Mother Jones had the story first), Sanders described it as "a dumb attempt at dark satire in an alternative publication." It kind of ended up as an explicit account of S&M relations.

"In no way reflects his views or record on women," he said. "It was intended to attack gender stereotypes of the '70s, but it looks as stupid today as it was then."

I almost thought this was too heartbreaking to post...

At a campaign event held two weeks before he dropped out of the race, Bush delivered a speech to his supporters about his ability to be a commander-in-chief -- rather than a divider-in-chief or a dictator-in-chief.

Ironically, his speech didn't strike the audience as particularly commanding. So he asked them to clap. It was sad.

8. When the Internet decided Ted Cruz was the Zodiac Killer

This is probably my favorite oddity from the 2016 election -- just because it's so absurd.

I don't know how it happened, but somewhere along the campaign the Internet decided that Ted Cruz is the Zodiac Killer. And they have indisputable truth, like this:

Considering the following...... coincidence? I think not #TedCruz #Zodiac pic.twitter.com/KgghXr1jUc

Google is trying to cover up evidence that Ted Cruz is the Zodiac Killer https://t.co/xxOvabtAHu pic.twitter.com/gcCjNGqTXl

@tedcruz I call lyin Ted to the stand aka the zodiac killer pic.twitter.com/AtU4XMEViE

One small hole in their theory is that Ted Cruz actually wasn't alive for the first few murders,but I guess he could have possibly had some responsibility in the later deaths (as responsible as an infant could be for someone's brutal death).

But the Zodiac Killer is still at large -- really, FBI, it's worth looking into. And Ted Cruz hasn't denied it, either...

9. When Donald Trump bragged about the size of his manhood.

Just watch the video, I don't want describe this.