Summer heat could be cause of major Lewiston storm damage

Serious thunderstorms caused serious damage in Lewiston, after many trees were knocked down.

"You don't expect anything like this until it really happens" Lewiston Mayor Anne Welch said.

The storm left transformers fallen, streets closed, and even trees crashing into homes.

"It came down by the wind, the wind blew it over that's how strong it was" homeowner Donna said.

The tree that hit Donna's house was eight feet in diameter, and apparently was in good shape before the storm. 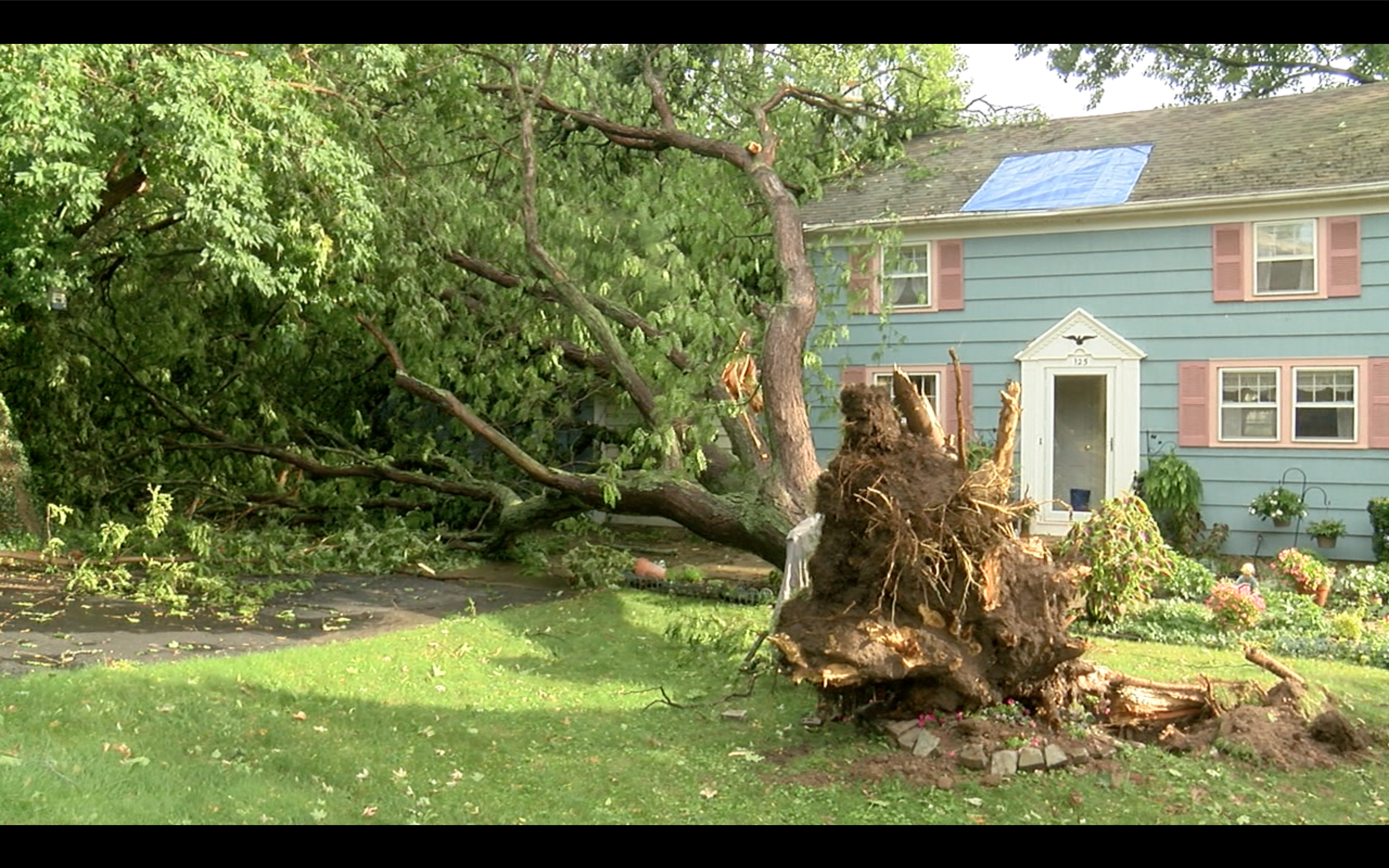 "There was no sign of weakness in the tree," Donna said, "There's nothing that fell apart. It came down by the root."

According to the Town of Lewiston Department of Public Works, the dry summer made trees incredibly susceptible to crashing.

"They don't have enough water in them to sustain any heavy wind or heavy rains." Lewiston DPW Commission Terry Brolinski said, "The leaves are like parachutes."

Brolinski is asking anyone that has a downed tree, or fallen transformer to stay clear until the proper authorities can ensure safety.

"You don't know if it is still charged," Brolinski said, "The best rule of thumb is (act as if) it's live until you're told it is not live."