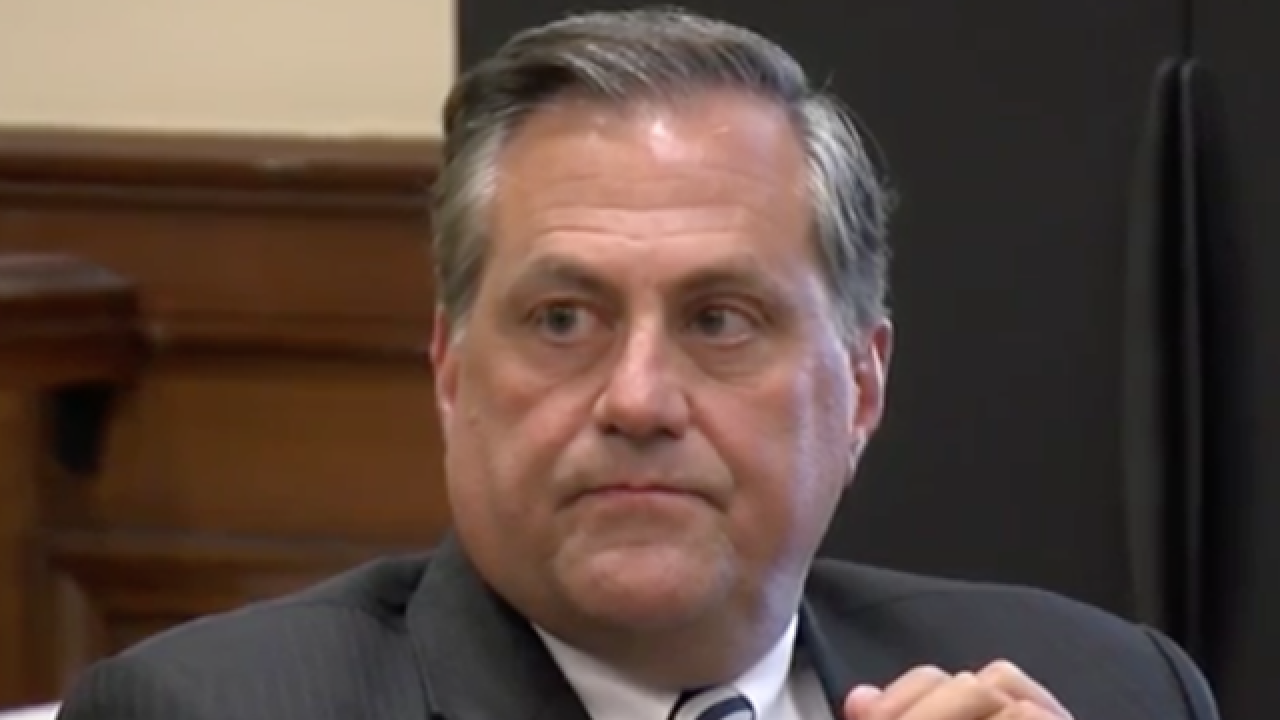 Pigeon, former Erie County Democratic Party chairman, was accused of bribing a State Supreme Court Justice John Michalek with items that allegedly included a job for a member of the judge's family with the campaign to re-elect then-President Barack Obama.

“Bribery of a judge strikes at the very core of our democracy,” said Acting Assistant Attorney General Blanco. “The independence of the judiciary is paramount to civilized society. Our prosecutors and law enforcement partners will pursue any and all attempts to corrupt our fundamental institutions, including the judiciary.”

Pigeon was arraigned this morning and pleaded not guilty to the charges. Defense attorney Paul Cambria sought to portray the move as a sign of weakness in the state's case, where evidence regarding emails between Pigeon and Michalek has been suppressed.

"To me, that makes it pretty clear the state's in trouble," he said.

“We intend to vigorously pursue our prosecution and ultimately prevail," Spitalnick said.

Also, in an unexpected move, the government asked federal Judge Michael J. Roemer to drop a separate federal complaint against Pigeon that involved the alleged solicitation of a $25,000 campaign contribution by Pigeon for Gov. Andrew M. Cuomo's re-election campaign.

"I always thought that case was bogus," Cambria said.

If convicted of the federal charges, Pigeon could face up to 35 years in prison.