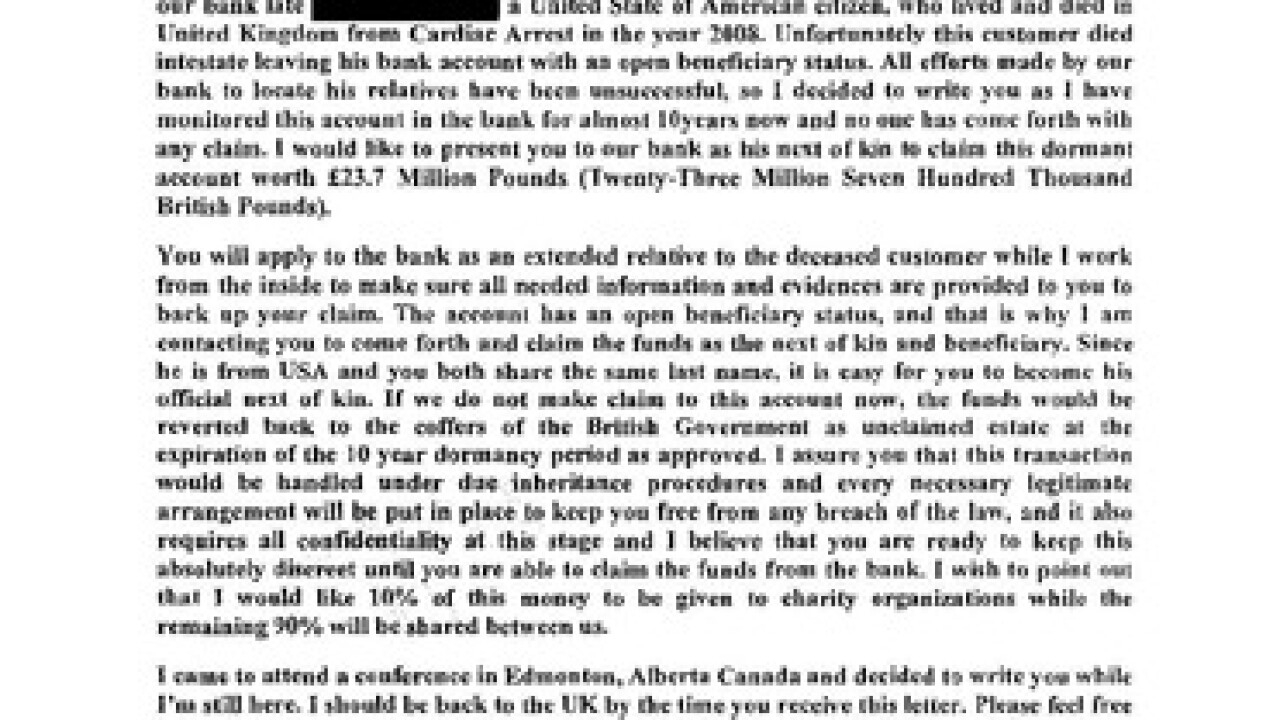 The New York State Police are investigating a scam letter that is being sent to residents of Western New York.

Troopers say the letter claims to have been issues from a British bank called NatWest, and promises an inheritance opportunity. Several residents within Erie County have reported receiving the letter.

Troopers ask anyone who receives a letter to refrain from responding or providing any information.