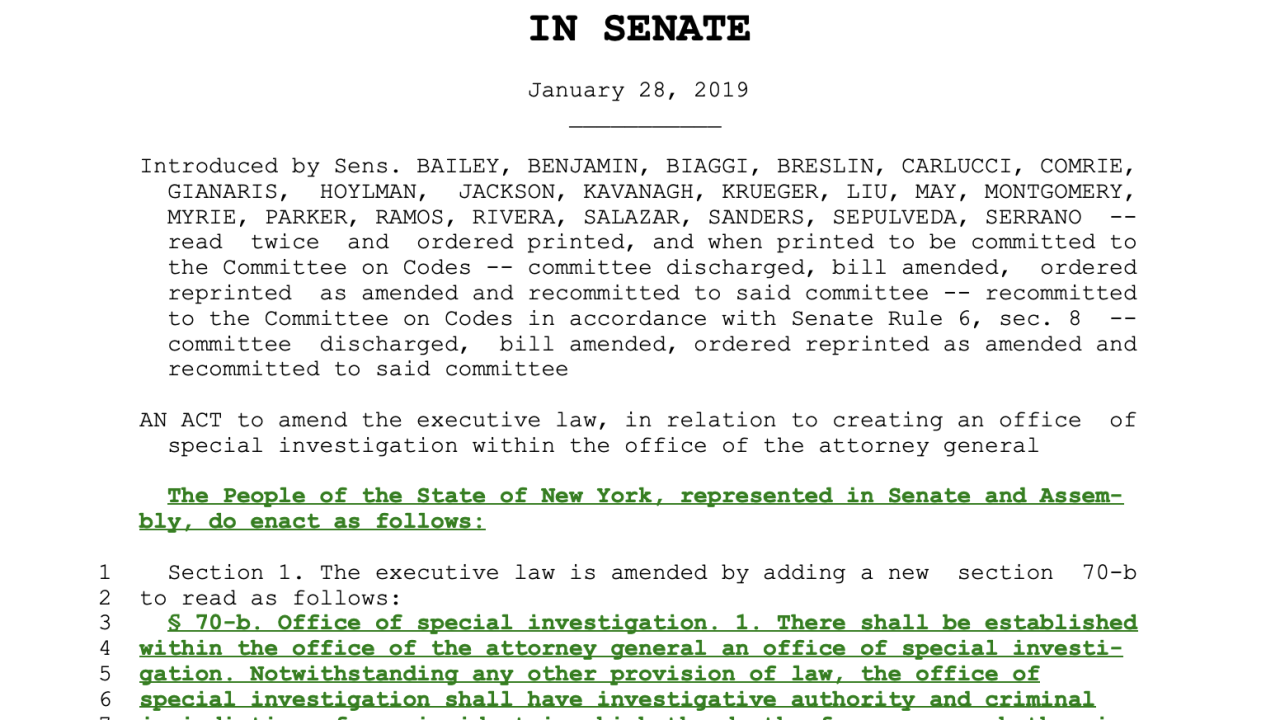 The first creates an office of special investigation for any civilian deaths while in police custody.

Republican Senator Patrick Gallivan who voted against the creation of both offices—like most of his republican colleagues— said that kind of oversight already exists and he believes they will be a duplication of services. He also opposed them because both will fall under the umbrella of the state attorney general.

“I think the consolidation of power under one state official is just too much,” he said via phone to 7 Eyewitness News Reporter Ali Touhey.

The two offices are the final pieces of a major 10 bill police reform package passed by state legislators in the last 48 hours.

The votes for all 10 measures were largely along party lines.

Other reforms included body cameras for New York state troopers and the repeal of 50-a of the New York State Civil Rights law which unseals law enforcement disciplinary records.

Critics said it may lead to false accusations going public.

“There is not one of us as public servants who are not held accountable for how we perform at our jobs, and law enforcement should be, too. Or, we will continue to see the kind of abuses that we see,” she said.

The governor is expected to sign the legislation into law by week's end.