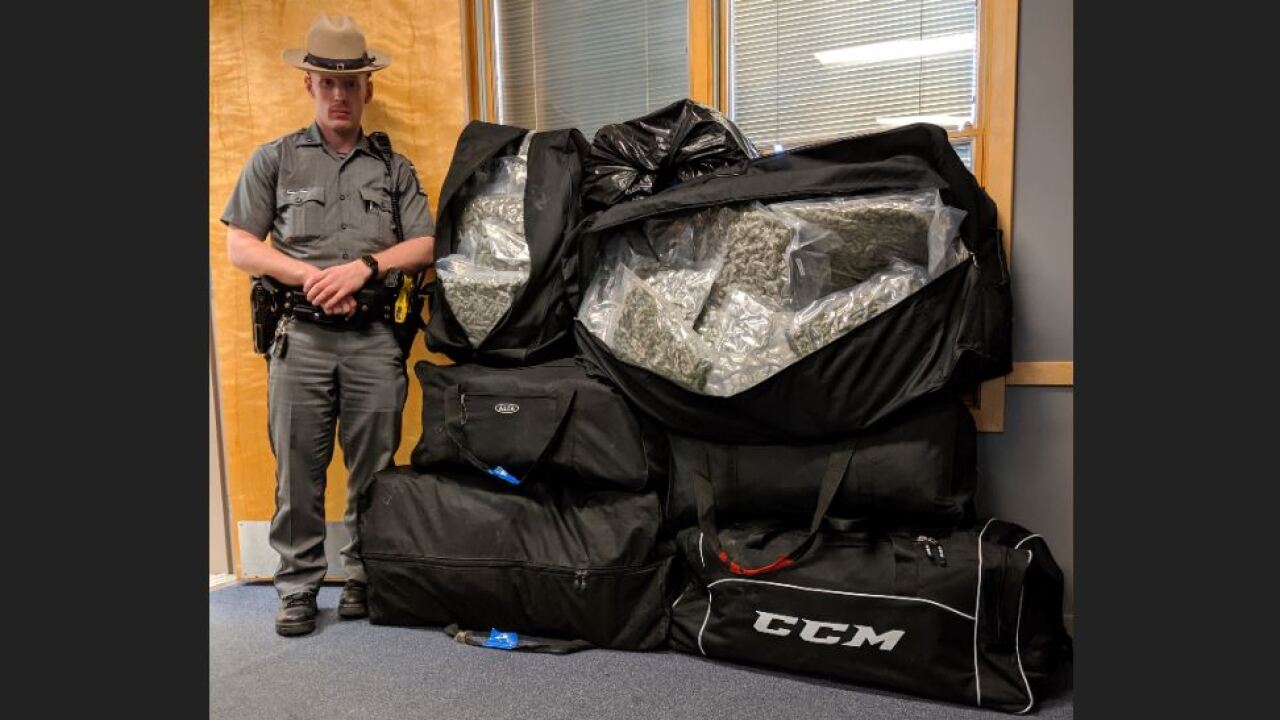 According to police, troopers conducted a traffic stop on the Berkshire Spur portion of the New York State Thruway in the Town of Chatham following a violation of the vehicle and traffic law.

Police say following a K9 detection a search of the vehicle was conducted and over 200 pounds of marijuana was seized.

Both were arraigned in the Town of Livingston Court and remanded to the Columbia County Jail without bail.