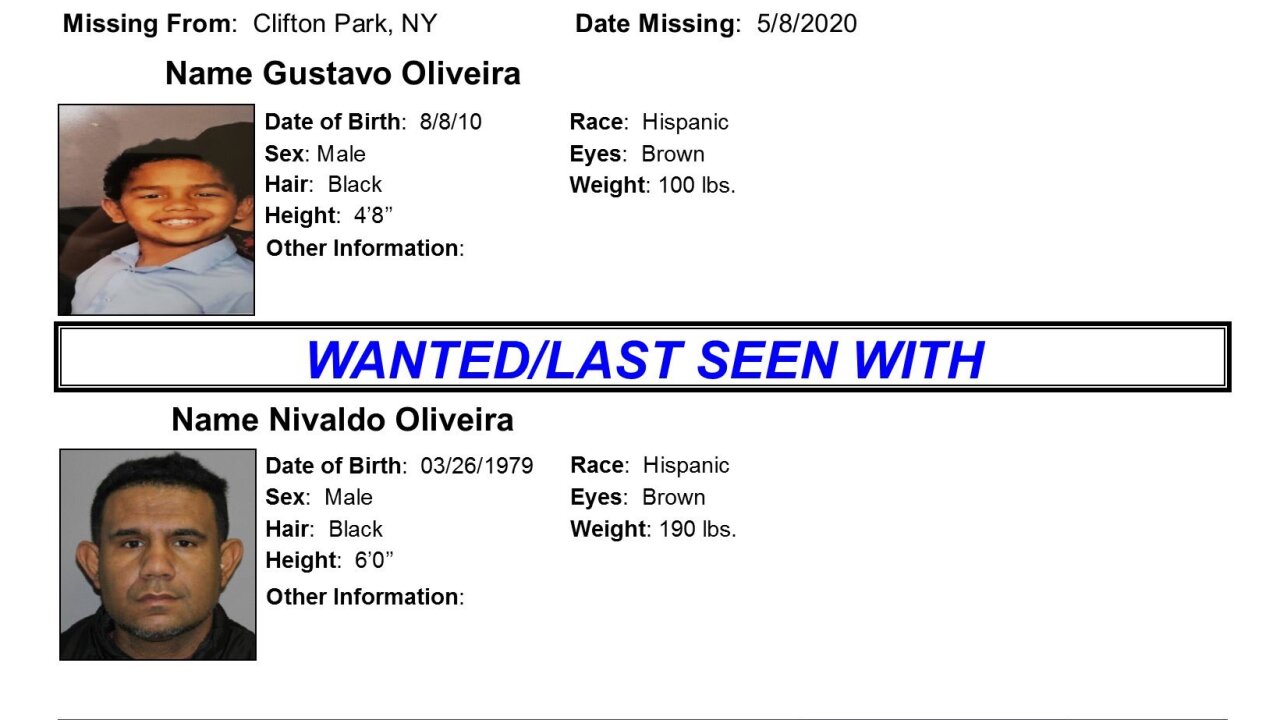 He was last seen with Nivaldo Oliveira who is wanted by New York State Police.

If you have any information call New York State Police Clifton Park at (866)NYS-AMBER or dial 911.