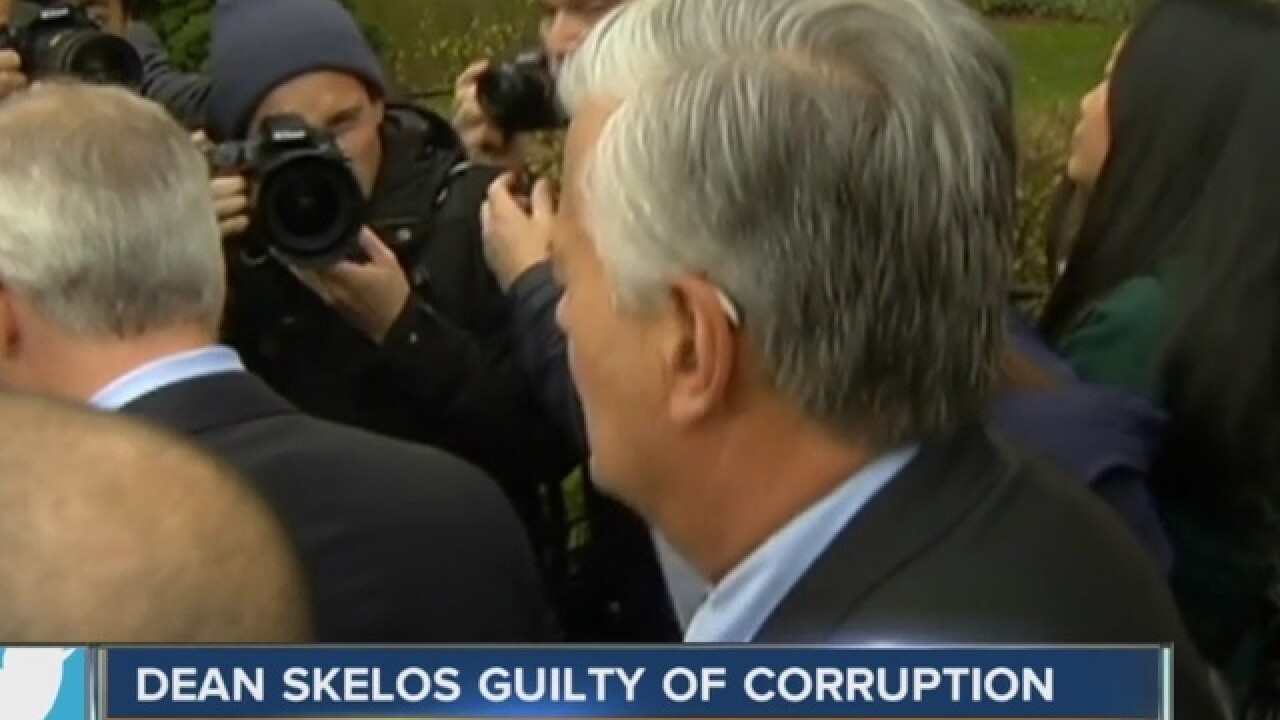 Former New York Senate leader Dean Skelos (SKEH'-lohs) and his son Adam, who were convicted of charges that the once-powerful Republican used his office to extort about $300,000 in salary and other benefits for the son, are asking a judge not to send them to prison.

The Skelos' lawyers filed papers in federal court in Manhattan on Wednesday each asking for sentences of probation.

Prosecutors say the two pressured three companies into agreeing to employ the son.

The two are to be sentenced April 13.