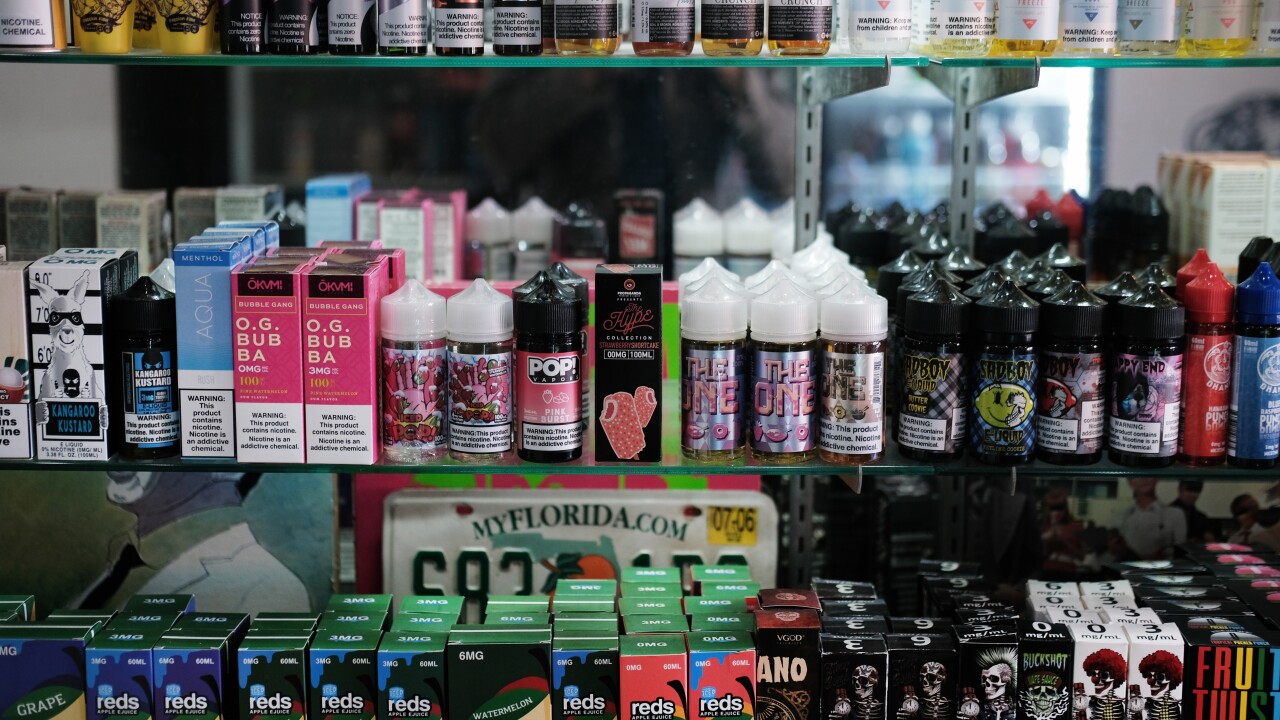 Spencer Platt/Getty Images
NEW YORK, NEW YORK - SEPTEMBER 17: Vaping products, including flavored vape liquids and pods, are displayed at Gotham Vape in Queens, on September 17, 2019 in New York City. Gotham Vape features a lounge area to vape as long as selling hundreds of different vaping products. Vaping, which many Americans have taken up as an alternative to smoking, has come under increased federal scrutiny following a rash of deaths related to vaping cannabis. Lawmakers in New York are currently considering a ban on flavored vaping products which make up a significant part of the vape industry. (Photo by Spencer Platt/Getty Images)

Acting state Supreme Court Justice Catherine Cholakis ruled that the state Public Health and Health Planning Council overstepped its authority last September when it issued a ban on e-cigarettes and e-liquids flavored with anything other than tobacco or menthol.

The judge said regulating the vaping industry is a job for the state Legislature, not the executive branch.

The emergency ban was challenged by the Vapor Technology Association and two of its member businesses.

The judge granted their request for an injunction against enforcing the ban.