Cuomo meets with Trump to offer deal on travelers program 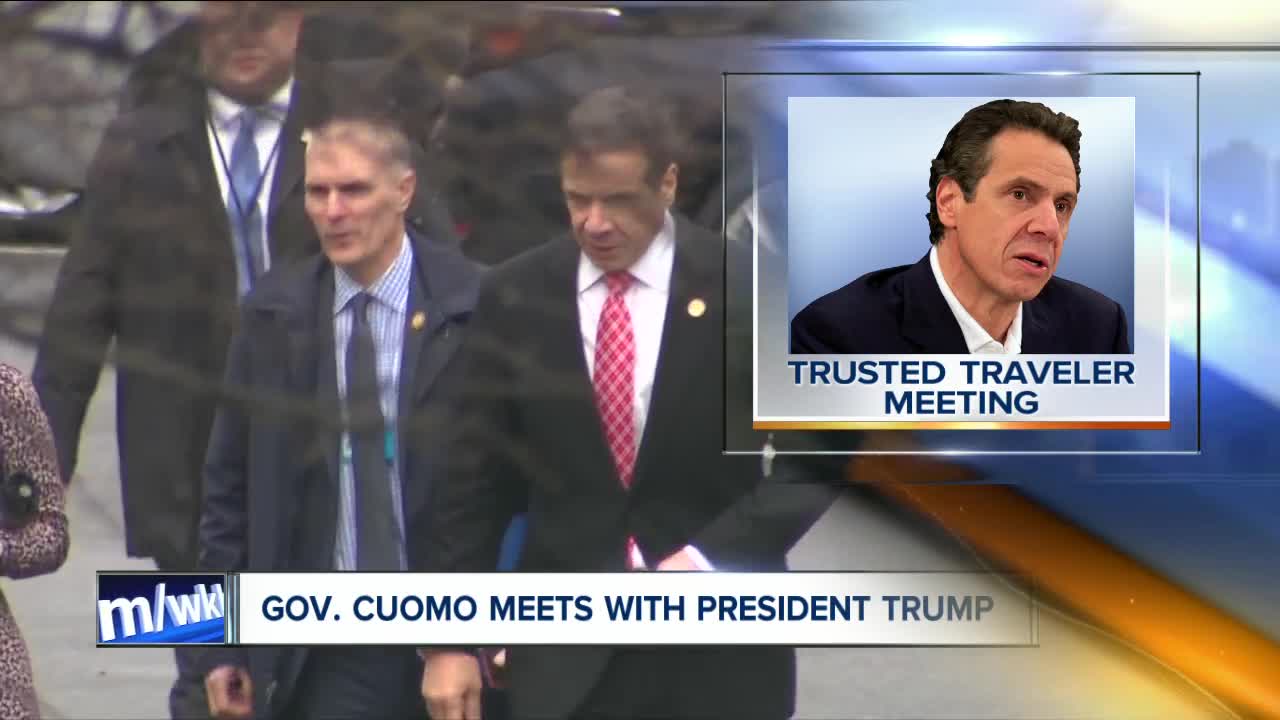 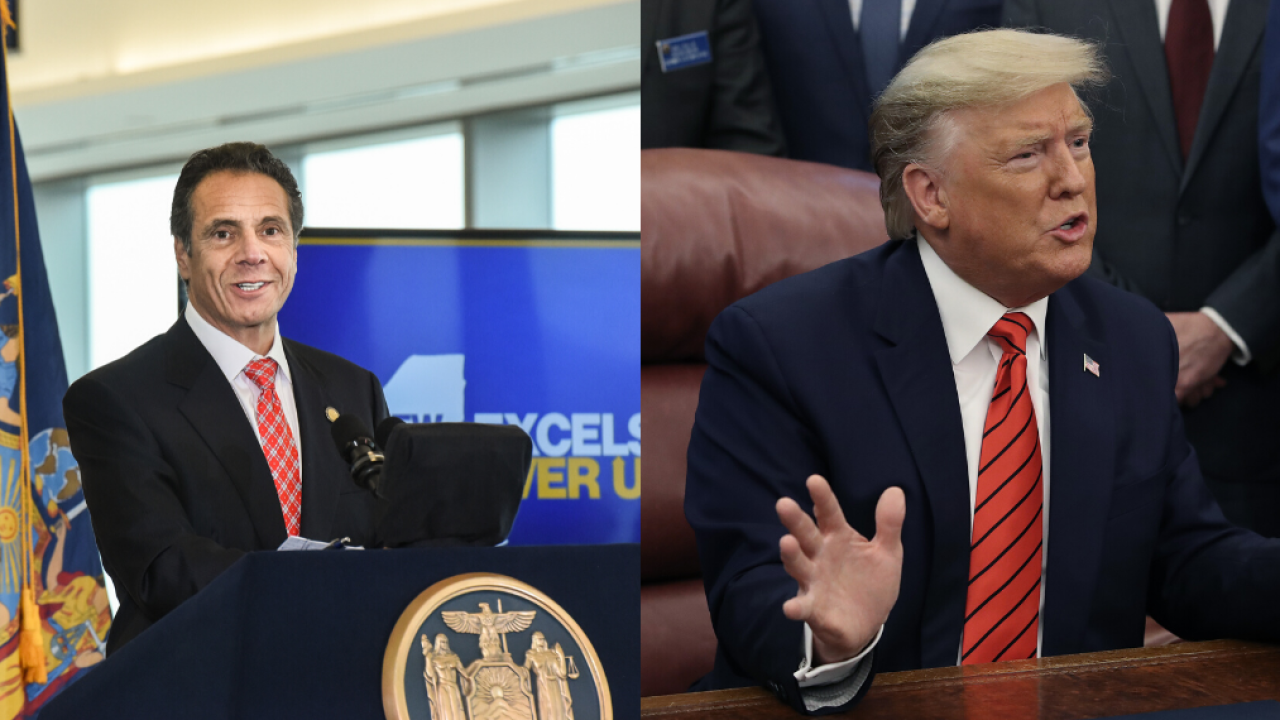 WASHINGTON (AP) — New York Gov. Andrew Cuomo has visited the White House in the hope he can persuade President Donald Trump to reverse a decision to boot New Yorkers from programs that allow travelers to avoid long lines at U.S. at the border.

Today, I joined @POTUS Trump & Governor Cuomo for a productive meeting. The relationship between New York & the Fed government is very important but has been made difficult by the unilateral actions of NY regarding the sharing of critical security information with DHS. Statement: pic.twitter.com/QS4ub5QiRj

"As the Governor previously said, we believe DHS's action was politically motivated and unwarranted as the FBI already has information regarding criminal records and TTP applicants already go through an extensive federal background check. The President said that this is an issue he wants to work on and that he would follow up with the Governor next week," said Dani Lever, Cuomo's Communications Director.

Wrapped up my meeting with the President. I restated my initial solution: NY is willing to provide DMV records for NYers applying to TTP. He’s open to working with us on this and we’ll continue the conversation in the coming week.

Copyright 2020 Scripps Media, Inc. The Associated Press contributed to this report. All rights reserved. This material may not be published, broadcast, rewritten, or redistributed.