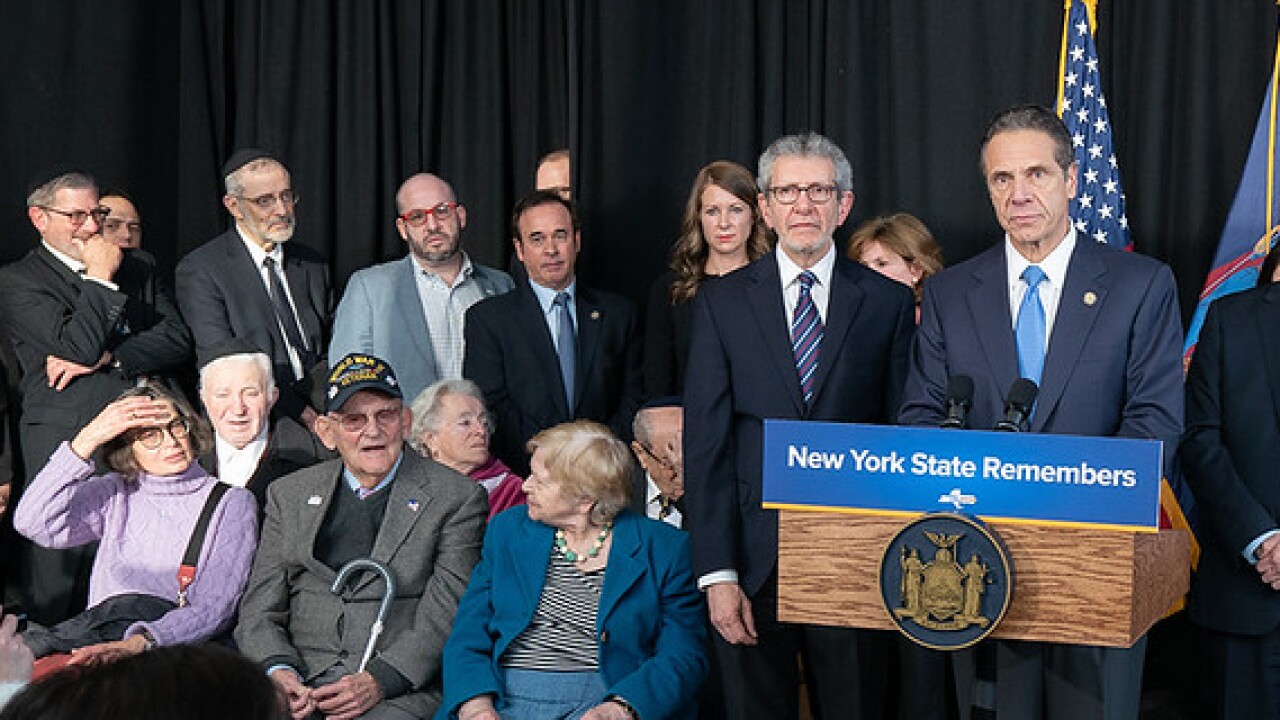 ALBANY, N.Y. (AP) — New York Gov. Andrew Cuomo is joining leaders from around the world at a ceremony in Poland commemorating the 75th anniversary of the liberation of the Auschwitz death camp by Soviet troops.

The Democrat departed for Poland on Sunday following a press briefing where he was joined by Holocaust survivors.

He noted that Monday's anniversary comes amid a series of anti-Semitic hate crimes in New York and across the country. Cuomo said his trip would serve as a reminder of New York's values against intolerance and division.