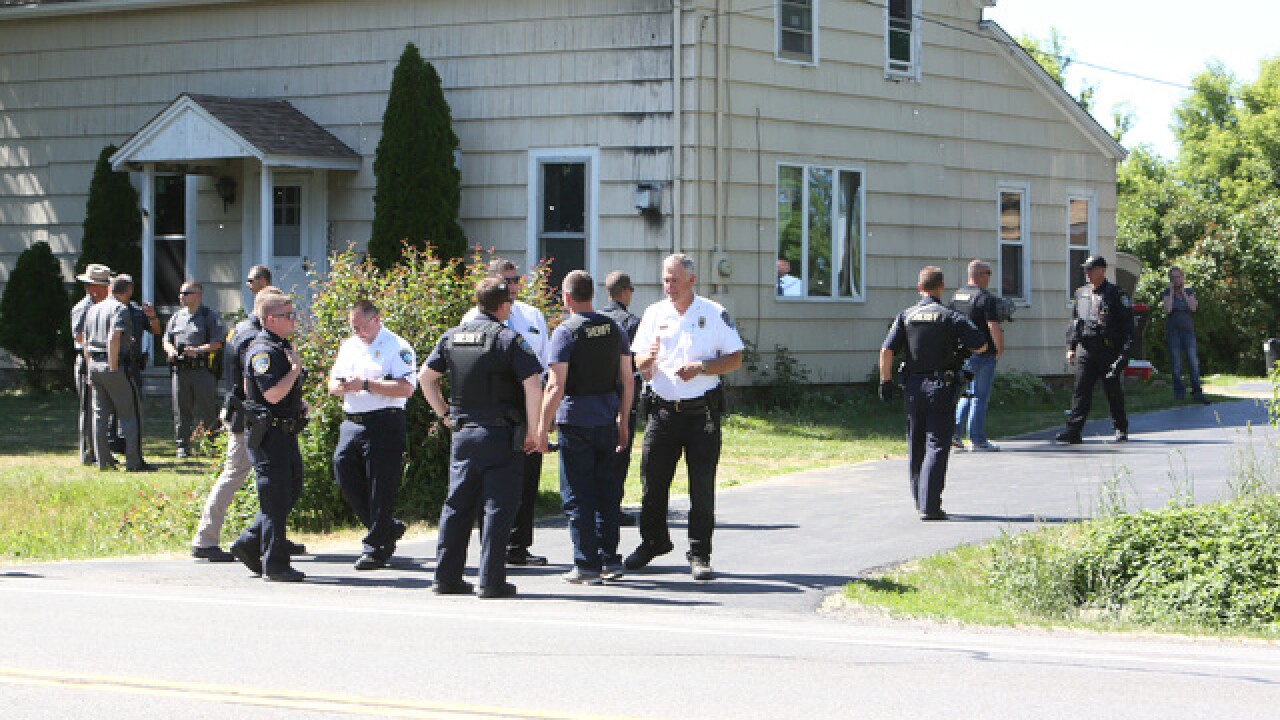 A man was arrested after leading police on a chase through Niagara County.

A source told 7 Eyewitness News that the chase began in Lockport around 2:30 p.m. Monday.

The source said the man tossed counterfeit $100 bills from a car during the chase. State troopers said they could only confirm that the suspect threw something from the car, but declined to comment on what was thrown.

The first portion of the chase ended when the suspect crashed his vehicle on Bunker Hill Road in Royalton. But the suspect took off running. Troopers said they used bloodhounds and the Niagara County Sheriff's Aviation Unit to find the suspect at a nearby house.

According to our source, the house belonged to the suspect's mother, and he was found in a crawlspace.

The suspect told troopers he was injured in the crash, so he was transported to Erie County Medical Center in Buffalo.

Troopers are expected to release more information about the pursuit and arrest on Tuesday.