Soon you can own Josh Allen, in Funko Pop! form 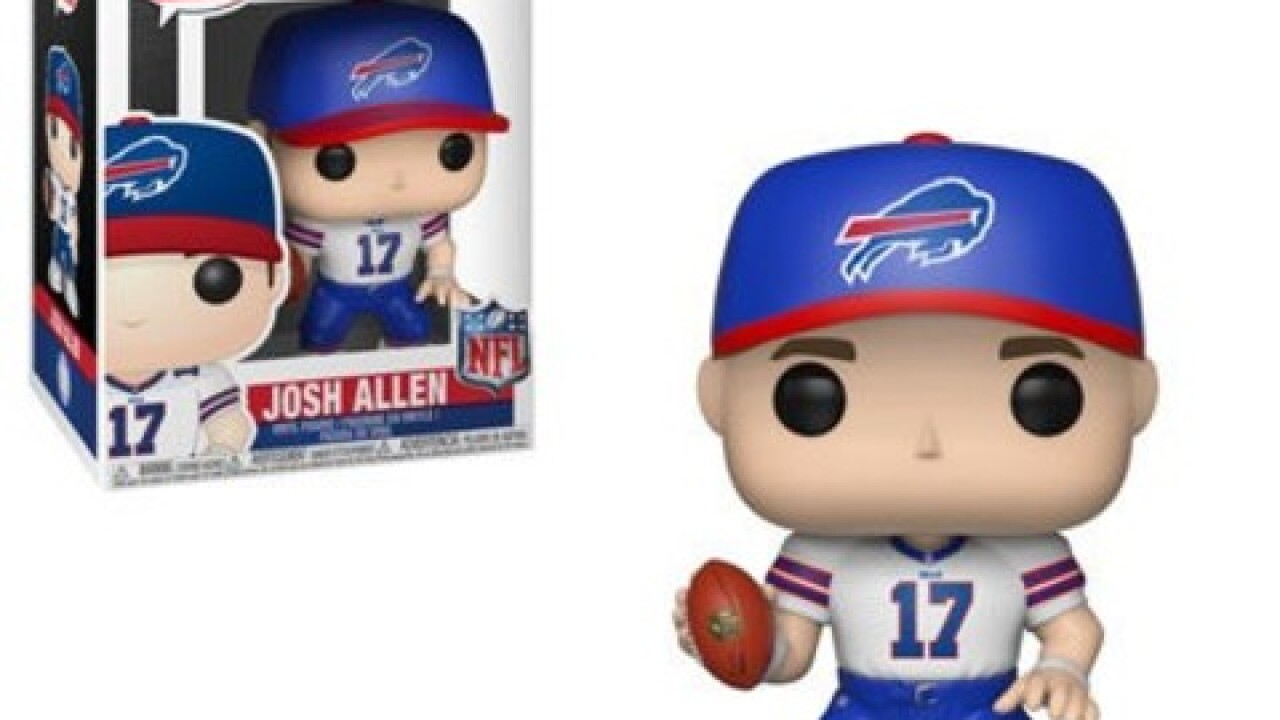 Funko Pop! announced Thursday they will be releasing a new series of NFL Funko Pops! and Buffalo Bills quarterback Josh Allen will be part of the series.

Allen will be the first Bill with a Pop! figure and he will join fellow first round picks Baker Mayfield, Sam Darnold, and Josh Rosen who will also have their own figures.

Allen, who was taken 7th overall in the 2018 NFL Draft, the highest the Bills have ever drafted a quarterback, made his NFL debut Thursday night against the Carolina Panthers.

Allen completed nine passes on 19 attempts for 116 yards and one touchdown in his debut, showing his arm strength off early and often. Read our Joe Buscaglia's 7 observations from Thursday's game here.

You can pre-oder his Funko Pop! figure here.