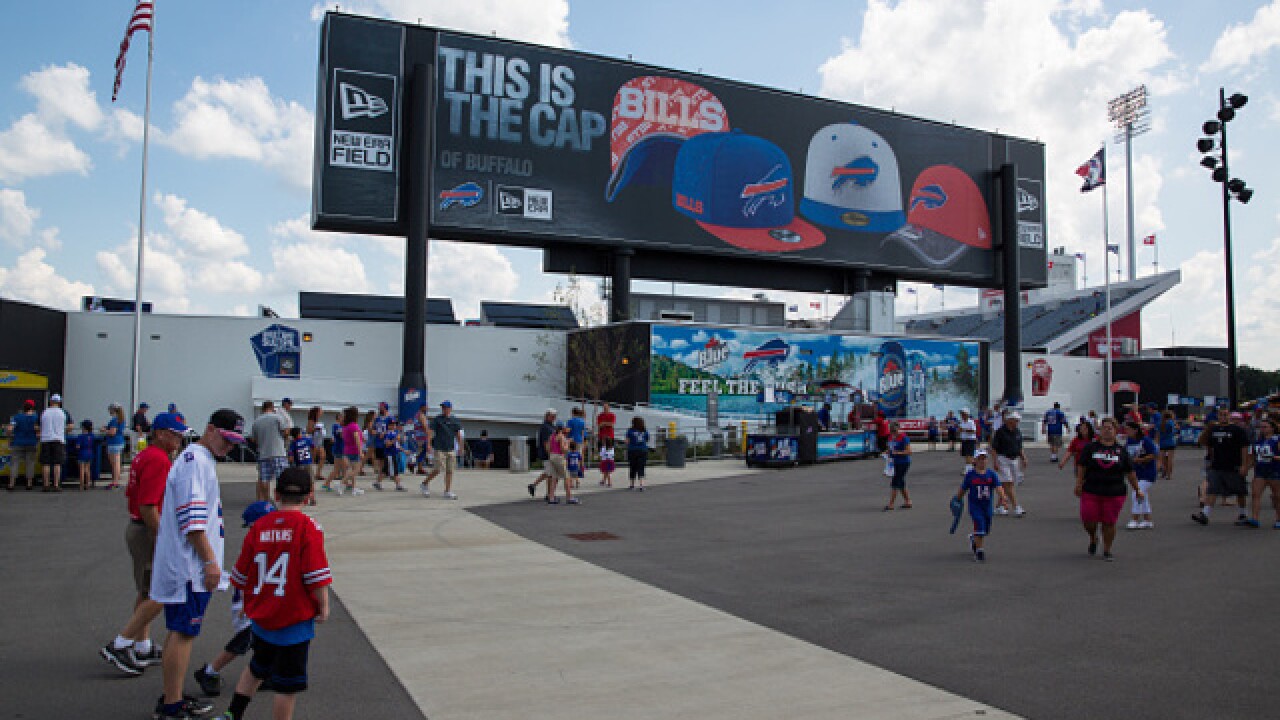 The Erie County Sheriff's Office is responding to a video showing a deputy confiscating an American flag during Sunday's Bills game at New Era Field.

A video posted on Facebook, which has been viewed more than 250,000 times, shows a deputy taking a flag from the section above the tunnel where players enter the field. A number of fans chant of "U-S-A!" as the deputy walks away with the flag in hand.

In the headline above the video, the Facebook poster used two expletives directed at the Bills and the NFL and said he walked out.

A spokesperson for the Erie County Sheriff's Office tells 7 Eyewitness News the flag was removed because it was blocking the game clock and interfering with the game.

"The individuals were asked three separate times to take it down, and each time they put the flag up again," said Scott Zylka, the sheriff's public information officer. "Finally, we took the flag and informed the owners they could pick up their flag at Bills' guest services after the game."