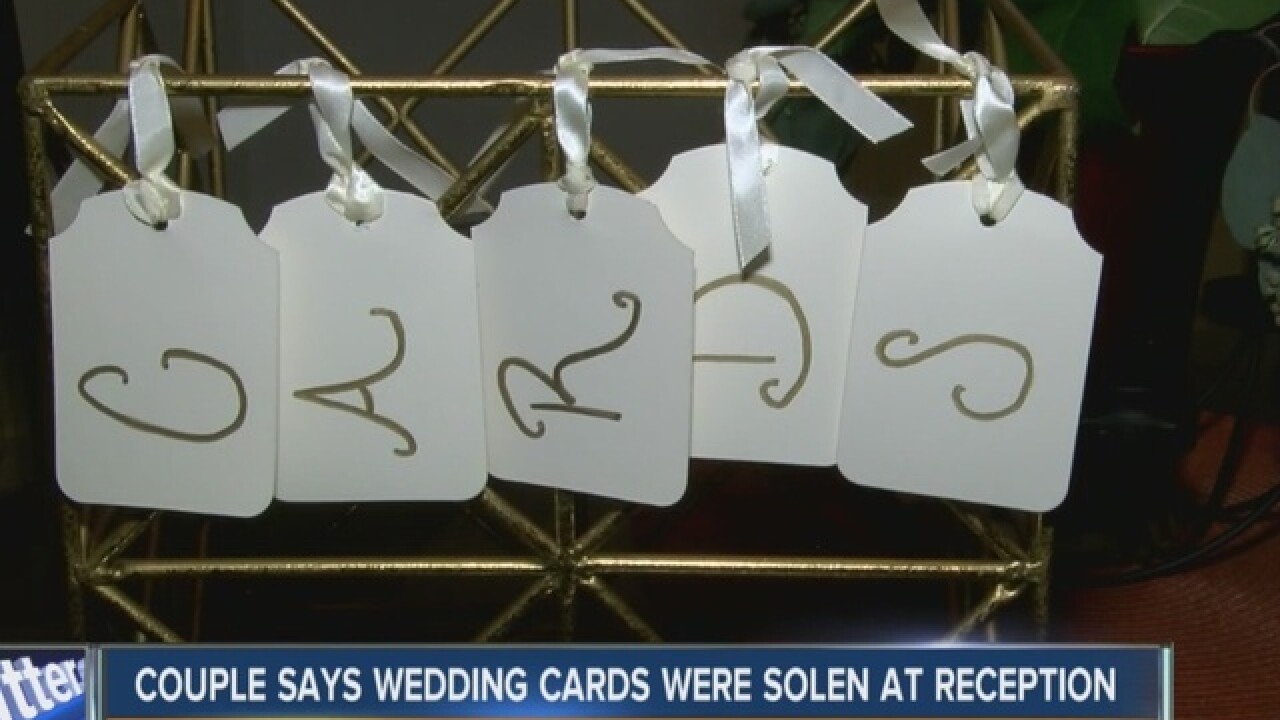 After our story aired about a couple's wedding gifts going missing , another couple has now come forward, claiming their wedding cards were stolen after their reception.

Samantha and Brian Miller say they're missing more than 15 cards from their card box. They discovered the cards were missing Monday, when they opened them.

Each of the couples were married over the weekend at The Foundry on Elmwood Ave. The Foundry says it is fully investigating each of these concerns and say nothing like this has ever happened before.

Each of the newlyweds have filed police reports.

The Foundry has released a statement. It says in full:

"We are deeply concerned regarding the 2 allegations of theft occurring at The Foundry. We are at this time investigating all possibilities of occurrence. We have watched and are re-watching all video surveillance during these to separate incidences.  There is not at this time, any evidence to support any theories. We, of course, will continue to explore on our end and cooperate with all aspects of this investigation."