Scientists find 'once in a lifetime' dinosaur fossil 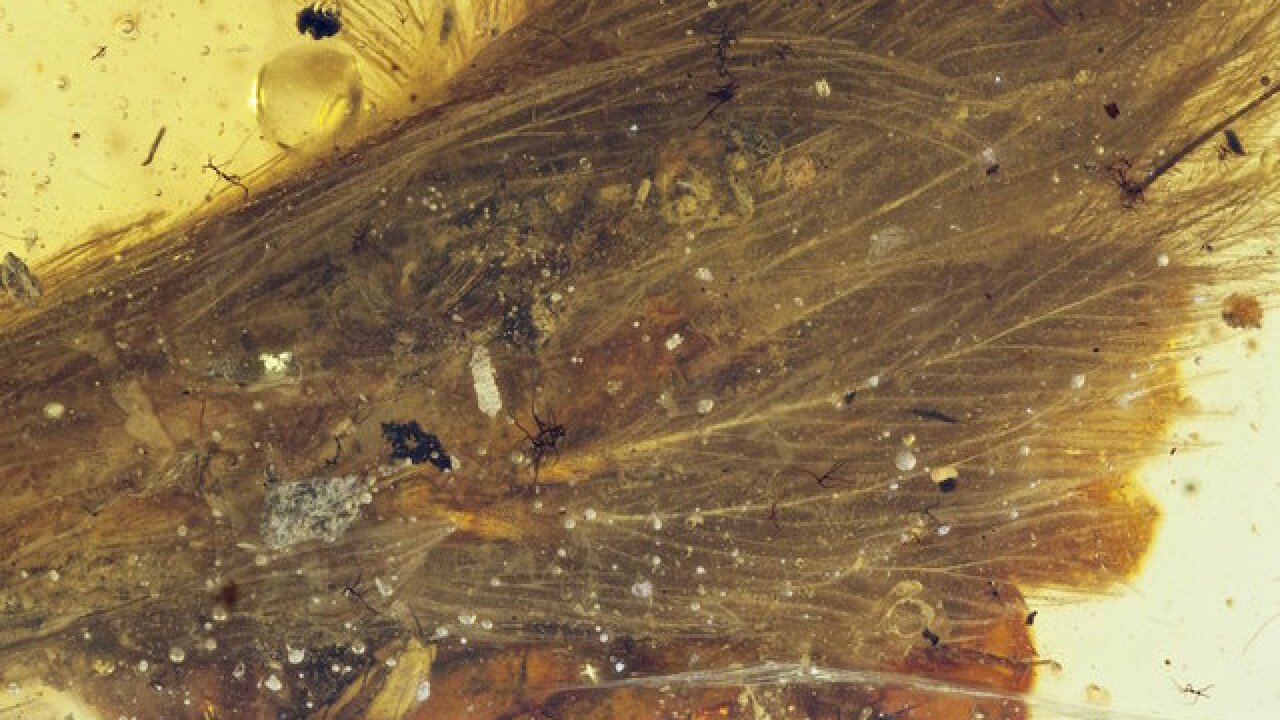 CNN
Royal Saskatchewan Museum
<p>The tail of a 99-million year old dinosaur has been found entombed in amber, an unprecedented discovery that has blown away scientists. Xing Lida, a Chinese paleontologist found the specimen, the size of a dried apricot, at an amber market in northern Myanmar near the Chinese border.</p>

(CNN) — The tail of a 99-million year old dinosaur has been found entombed in amber, an unprecedented discovery that has blown away scientists.

Xing Lida, a Chinese paleontologist found the specimen, the size of a dried apricot, at an amber market in northern Myanmar near the Chinese border.

The remarkable piece was destined to end up as a curiosity or piece of jewelry, with Burmese traders believing a plant fragment was trapped inside.

"I realized that the content was a vertebrate, probably theropod, rather than any plant," Xing told CNN.

"I was not sure that (the trader) really understood how important this specimen was, but he did not raise the price."

'Once in a lifetime find'

The findings, which shed fresh light on how dinosaurs looked, are published in the December issue of Current Biology.

Ryan McKellar, a paleontologist at the Royal Saskatchwan Museum in Canada and co-author of the paper, says he was blown away when Xing first showed him the piece of amber.

"It's a once in a lifetime find. The finest details are visible and in three dimensions."

Fragments of dinosaur-era bird wings have been found preserved in amber before but this is the first time part of a mummified dinosaur skeleton has been discovered, McKellar said.

The tail section belongs to a young coelurosaurian -- from the same group of dinosaurs as the predatory velociraptors and the tyrannosaurus.

The sparrow-sized creature could have danced in the palm of your hand.

The amber, which weighs 6.5 grams, contains bone fragments and feathers, adding to mounting fossil evidence that many dinosaurs sported primitive plumage rather than scales.

McKellar said the creature would have had a whip-like tail like a mouse but covered with contour feathers similar to those that give shape and color to birds.

"The more we see these feathered dinosaurs and how widespread the feathers are, things like a scaly velociraptor seem less and less likely and they've become a lot more bird like in the overall view," he said.

"They're not quite the Godzilla-style scaly monsters we once thought."

The amber preserved pigmentation from the feathers allowing the scientists to assess with some certainty how it looked.

Seen under a microscope, the feathers suggest the creature was chestnut brown and white.

"It really underlines the importance of amber as an anchor for future study. We're picking up features we couldn't see in compressed sedimentary fossils, " said McKellar.

Previous studies on dinosaur coloring have had to rely on the difficult task of capturing information from melansomes -- tiny structures buried within feathers that give them color -- and comparing them with bird feathers.

McKellar said that soft tissue and decayed blood from the tail were found in the amber but no genetic material was preserved.

"Unfortunately, the Jurassic Park answer is still a 'no' -- this is firmly in the realm of science fiction," he said.