For many people, getting to grocery stores and farmers markets is tough, and since fast food is so much more accessible, it can be difficult to maintain a healthy diet. Throw in the fact that often times quality food is expensive, and you have a very big problem for many Americans.

An estimated 17.3 million people in the U.S. live in low-income areas more than one mile or 20 miles from a supermarket, data from the USDA reports.

Salvation Army Stepping Up To Help

Salvation Army, a Christian charity, found one small but impactful way to help: It launched its first non-profit grocery store in Baltimore, Maryland, in order to help low-income families who live in in food deserts (impoverished areas that lack fresh fruits and vegetables as a result of a lack of grocery stores).

Called DMG Foods, a reference to the organization’s motto, “Do More Good,” The store is situated in a 7,000 square foot warehouse. There is an on-site butcher, deli counter, pre-made meals and salads prepared by the Maryland Food Bank, and non-perishable items.

This innovative grocery store hopes to change lives in the Baltimore area by providing over 1,200 families fresh, affordable produce annually, according to its press release. Its opening also created 15 jobs. 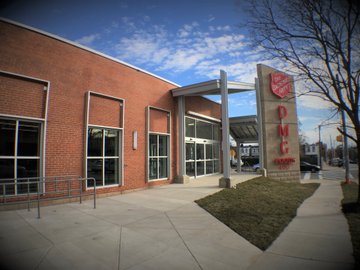 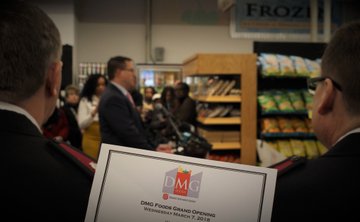 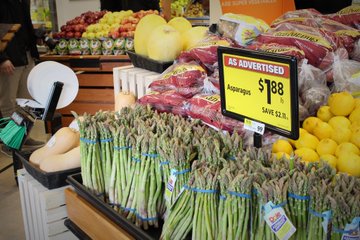 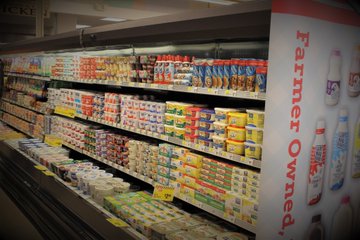 As the store is nonprofit, it is able to charge less for items than traditional grocery stores, according to the Baltimore Sun. It will be available to anyone who wants to shop there, though it is intended for lower-income families. Customers who are use government assistance to purchase food (SNAP) will receive complimentary items once a month as well as additional discounts.

The opening, which took place March 7, was met with excitement and praise. 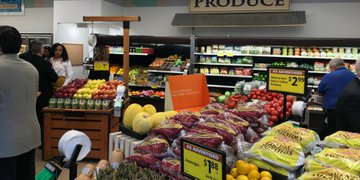 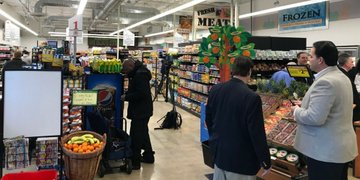 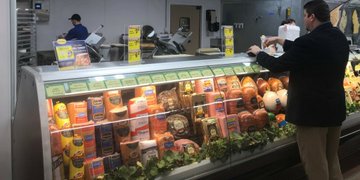 Couldn't be happier about our partnership with the @SalArmyCM first grocery store, DMG Foods! The grand opening was a huge success, and a great path forward for creating a healthier Baltimore.

Baltimore’s mayor, Catherine Pugh, was there to cut the ribbon and welcome the new store to the neighborhood. She shared her congratulations and well wishes on social media. 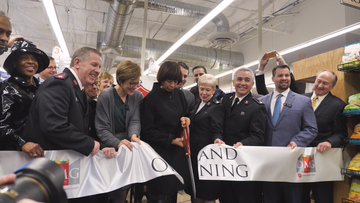 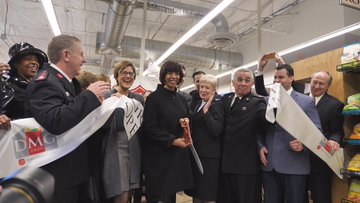 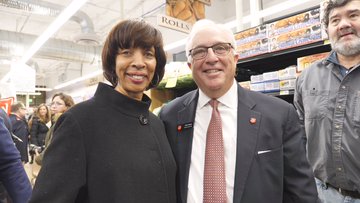 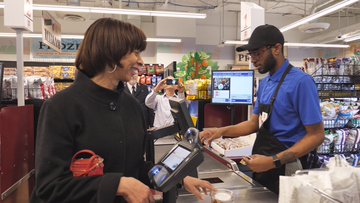 And, other people on social media hoped that new locations for DMG Foods would open in their neighborhoods. 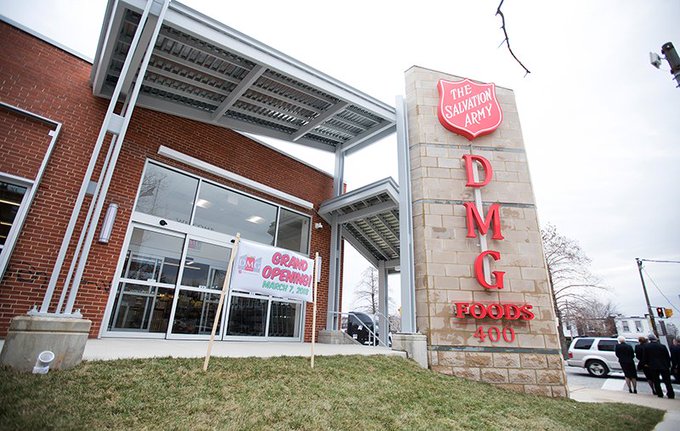 Take A Tour Of The Salvation Army Grocery Store?

The Salvation Army USA posted a Facebook Live video offering a tour of the new DMG Foods on its grand opening day!

According to the Salvation Army, DMG Foods is the first grocery store in the nation to bring together social service with a traditional grocery shopping experience. It plans on providing nutritional guidance, shopping education, and meal planning and workforce development to its shoppers.

This sounds like an innovative idea. What do you think of the Salvation Army’s new grocery store?