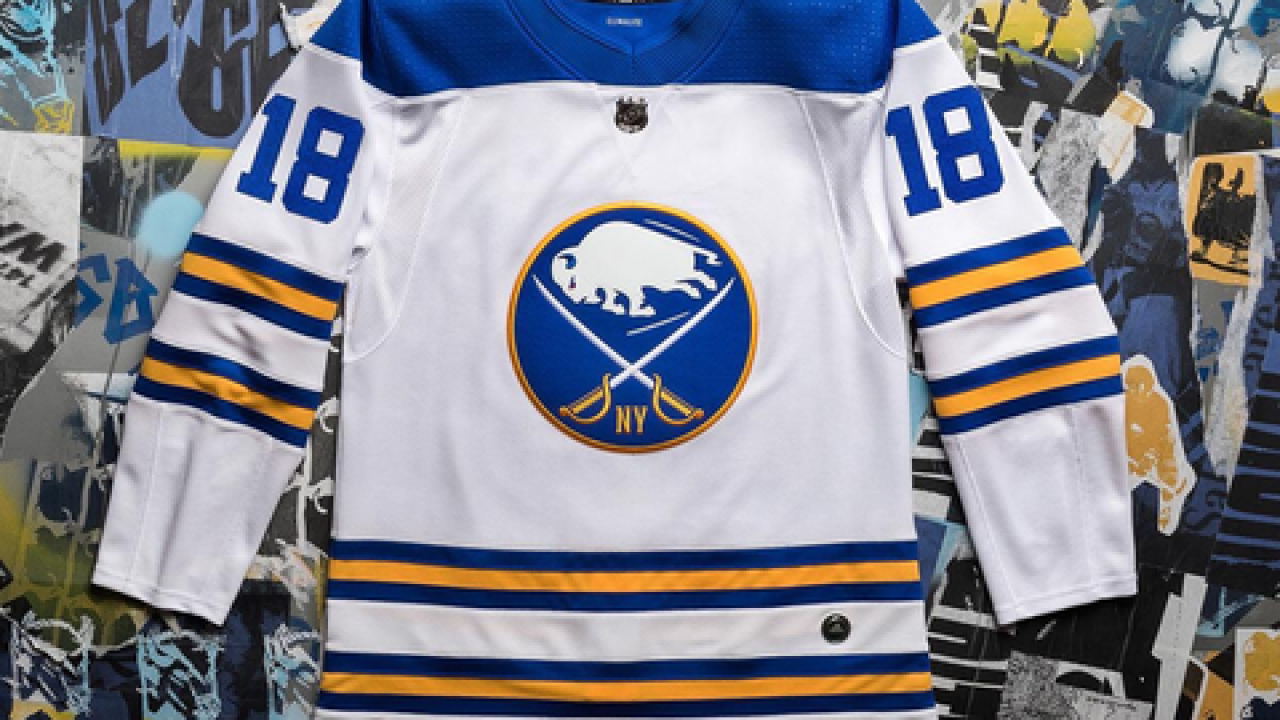 The Buffalo Sabres are bringing back the jerseys they wore for the 2018 Winter Classic.

The Sabres announced Wednesday the team will wear the uniforms for three home games this season.

The team's annual "Jersey Off My Back" promotion returns on Fan Appreciation Night. Select fans at the final home game of the season will receive the Winter Classic-style jerseys worn by the players that night.

The uniform combines design concepts from the franchise's early years with modifications to the team's current logo and elements from the team's 40th anniversary jersey.