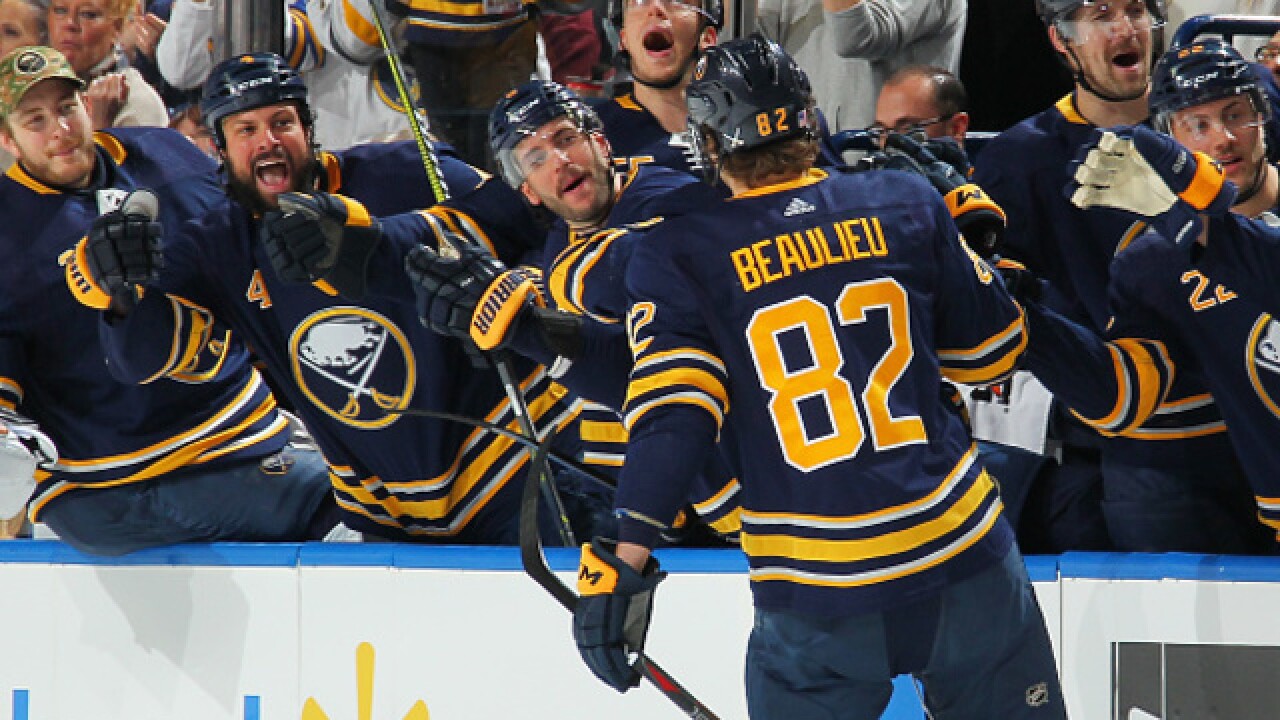 Copyright 2018 Scripps Media, Inc. All rights reserved. This material may not be published, broadcast, rewritten, or redistributed.
Sara Schmidle
<p>BUFFALO, NY - NOVEMBER 10: Nathan Beaulieu #82 of the Buffalo Sabres celebrates his goal at the bench with teammates during an NHL game against the Vancouver Canucks on November 10, 2018 at KeyBank Center in Buffalo, New York. (Photo by Sara Schmidle/NHLI via Getty Images)</p>

The Buffalo Sabres overcame a late two-goal deficit and went on to defeat the Vancouver Canucks 4-3 in a shootout Saturday.

The Sabres took a 1-0 lead on a goal by Nathan Beaulieu early in the first period.

The score sat at 1-0 until late in the second period when the Canucks scored two quick goals to take a 2-1 lead heading into the second intermission. The Canucks then extended their lead to 3-1 on an early third period goal.

It wasn't until a little less than three minutes to go in regulation when Jeff Skinner scored to put the Sabres back on the board and cut the Canucks lead to 3-2.

Then, with less than two minutes left, Sam Reinhart tallied his second goal of the season to tie the game and send it to overtime.

Neither team could capitalize in overtime and the game went into a shootout.

The Sabres received goals from Jack Eichel and Casey Mittelstadt in the shootout and went on to defeat the Canucks 4-3.