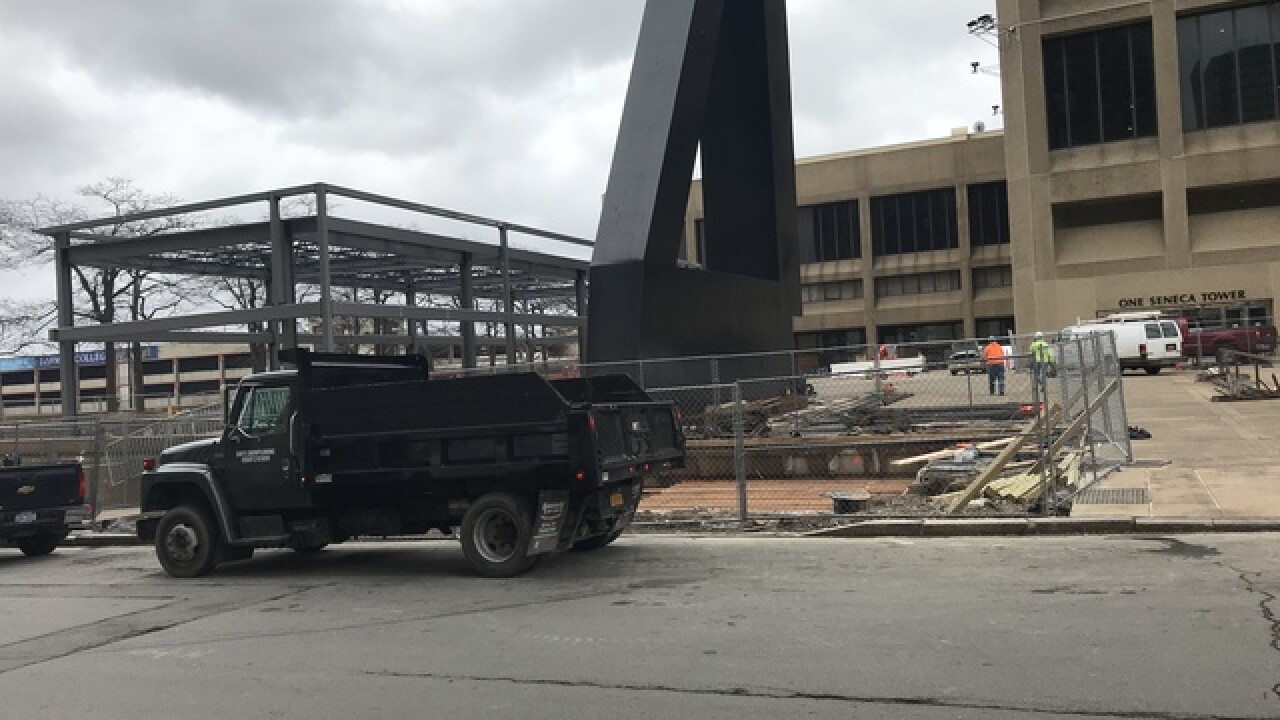 The developers behind Seneca One Tower tell 7 EWN that retailers are showing "great interest" in being a part of the project in downtown Buffalo.

Paul Millstein from Douglass Development says that the company continues to talk with perspective retailers but that no selection has been made as of yet.  "We are getting great response. Great feedback.', said Millstein. "We are being very selective. We want to make sure we have the right mix for this project".

Millstein says construction on the new retail buildings adjacent to Seneca One Tower should be completed by April of 2018. Steel has already been set for the new 8,000 square foot one-story retail plaza. The steel for the plaza on the east side of the building is expected to be set next week.

Meanwhile framing for more than 100 new apartments at the site has begun. Millstein says construction on the apartments will take around eight months. "We are full steam ahead."