Crews have begun work to restore the Frank Lloyd Wright designed landscape at the Darwin Martin House estate in Buffalo.

Local and state leaders were on hand Wednesday morning for the ceremonial turning of the soil.

The project will be primarily funded by Phase 2 of the Buffalo Billion and is the final stage of a more than two-decades long restoration effort that reflects a $50 million dollar investment in the National Historic Landmark and New York State Historic Site.

Restoring the landscaping is essential for the complete restoration of the estate, because Wright intertwined both architecture and landscaping in his design. Wright is described as having created homes in harmony with nature, taking an integrated design approach unifying buildings, their interior decorative elements and exterior landscape in an organic style.

Under Wright's design, gardens took on the character of outdoor rooms. 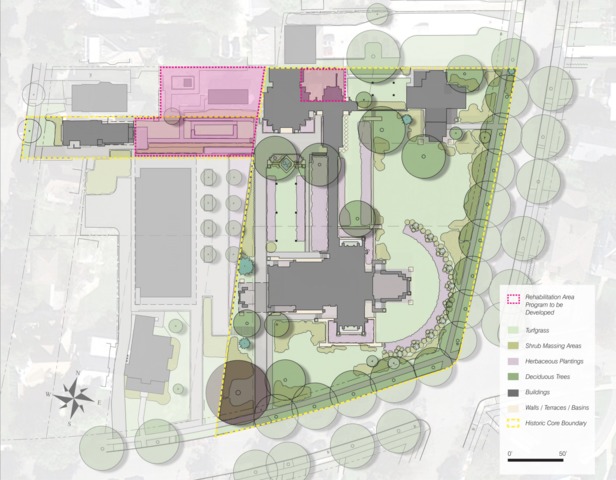 Scheduled for completion this fall, landscape elements to be created include:

Planned improvements also include site lighting, wayfinding and a courtyard/café area.The restored landscape will be a new source of education programs and interpretation for tours, community events and dialogues about the importance of nature and design in everyday life.

The total estimated cost of this restoration project is $50 million, which includes design and construction of a visitor center – the Eleanor and Wilson Greatbatch Pavilion – an award-winning building adjacent to the historic site. The restoration effort was supported by $24 million in funding from New York State, beginning in 1993. Governor Andrew M. Cuomo closed the gap on capital funding as part of a recent $5 million commitment included Buffalo Billion Phase 2 awards. Those final funds will be used primarily to rehabilitate the historic landscape and to preserve the Barton House, a secondary residence on the estate.