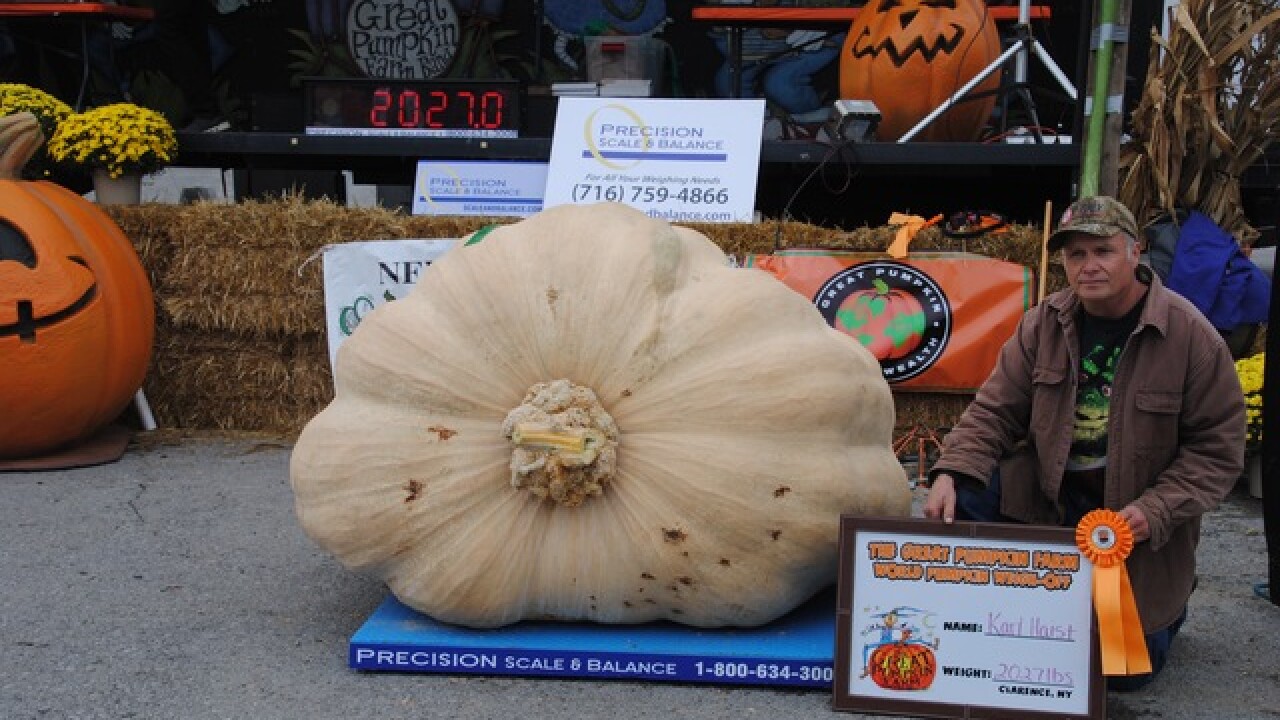 A new state record for the heaviest pumpkin grown in New York was set at the Great Pumpkin Fair in Clarence.

Karl Haist of Clarence broke the previous record of 1,971.5 pounds with a whopping 2,027 pound pumpkin. He also won $3,500 for his efforts. It's Haist's third year winning the World Pumpkin Weigh-Off.

Just imagine trying to carve that into a jack-o-lantern.