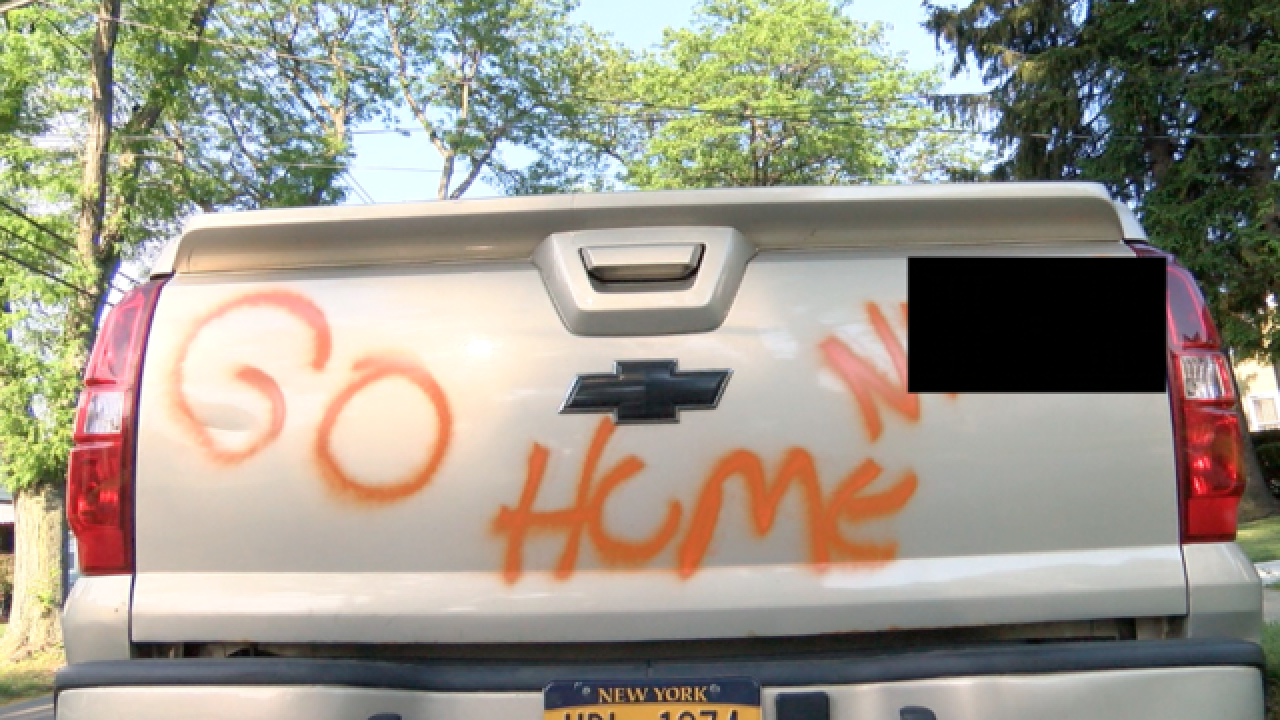 Intimidation, sadness and anger are some of the emotions Henry King says he's feeling after walking out to find his trick spray painted orange with racist slurs.

"I guess there's a couple of individuals in the neighborhood who don't accept that I live there," he said. "I guess this is a way of showing me that I should leave."

King says he believes he knows who did it, and it all stems from an altercation in front of his South Buffalo home last week.

He says he was verbally reprimanding his son outside his home for getting in trouble at school when some neighbors overheard, and started weighing in.

"They proceeded to say 'we'll get you kicked off this street, you don't belong here," he said.

King says he then went inside and when he came out, the two men were heckling him, even verbally harassing a neighbor who stood up for him.

He says it wasn't until the next morning he says the racist language was blasted for the world to see on his truck.

King has since filed a police report.