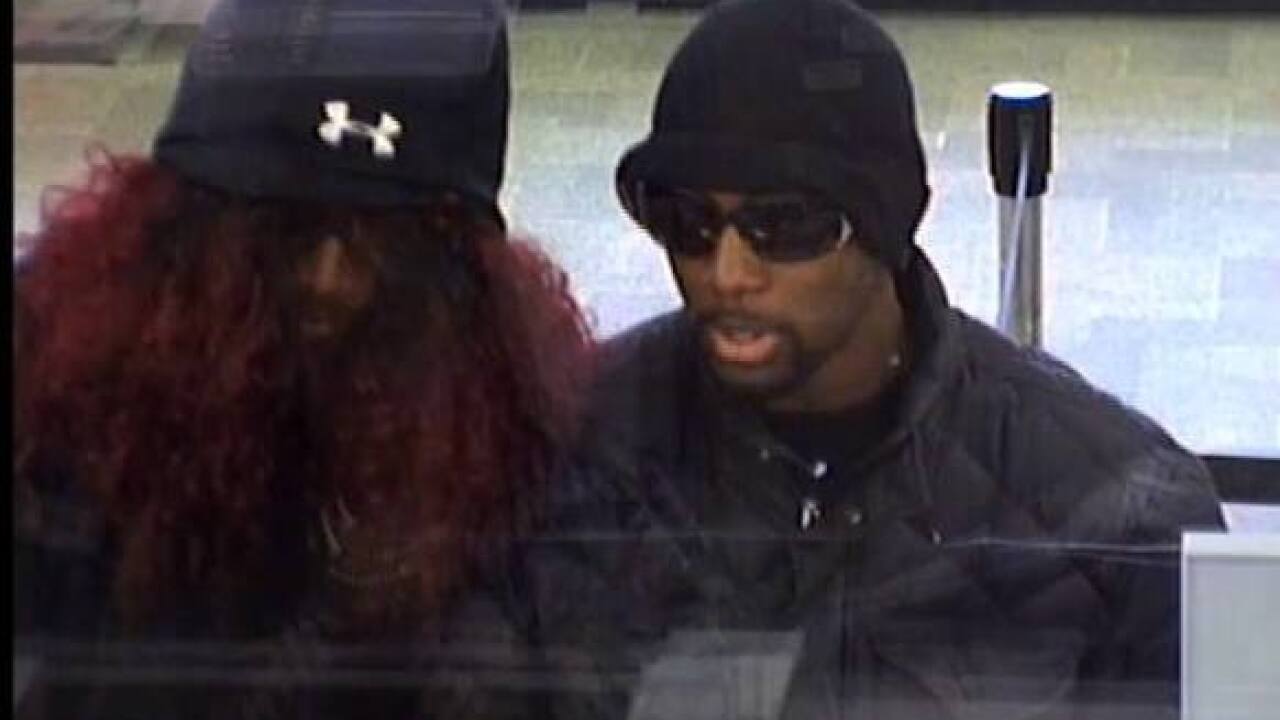 Buffalo police are looking for two men, who they say robbed a bank on the 700 block of Tonawanda Street.

An M&T Bank branch is located at 788 Tonawanda Street, though police have not confirmed that was the actual scene of the robbery.

The robbery happened about 1:00 p.m. Tuesday.  Police say the two robbers walked into the bank, walked up to the tellers and demanded money.

One of the suspects is wearing an Under Armour hat and appears to have purple, curly hair.  The other suspect is wearing sunglasses and a hat.  He has a goatee.

Both were able to get away with cash, though police say it's unclear how much they stole.

Similarly, police are searching for a purple-haired suspect in connection to a Monday bank robbery.  That was at the M&T on Jefferson Avenue in Buffalo.

No arrests have been made.