Your limo ride may change, requiring an extra click 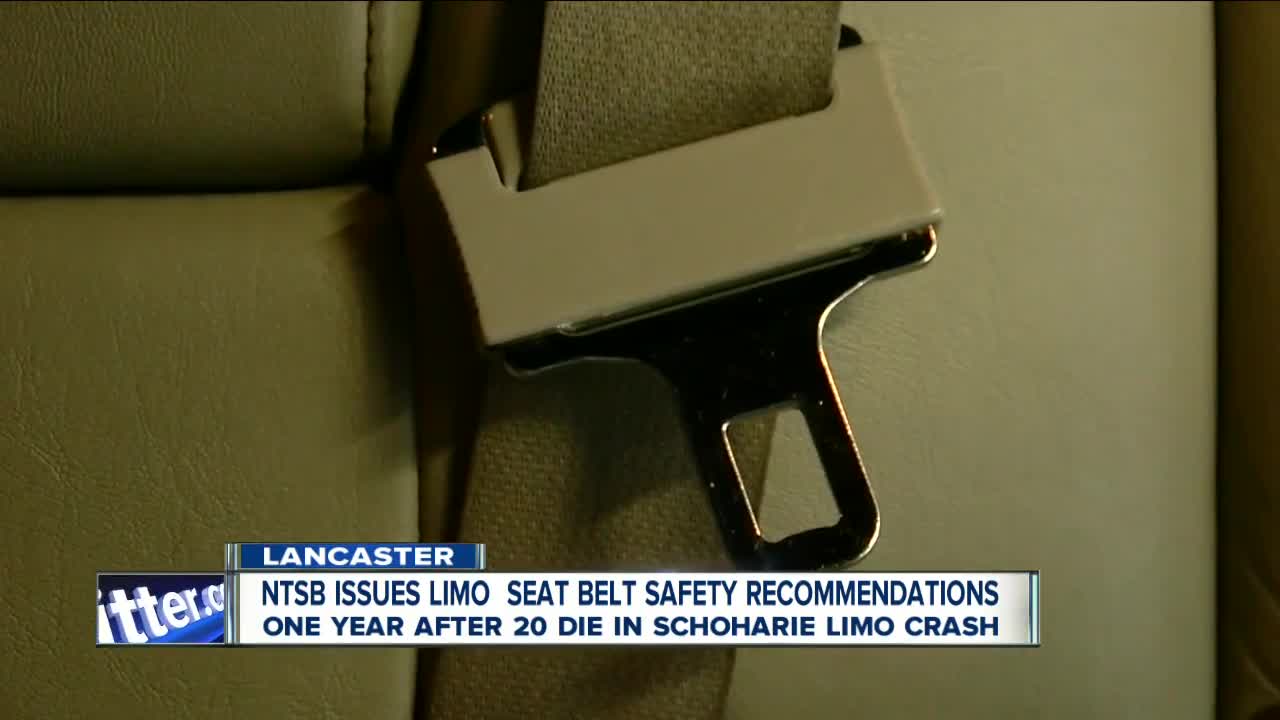 LANCASTER, N.Y. (WKBW) — The National Transportation Safety Board is calling for new safety measures one year after a limousine crash outside of Albany that killed 20 people. The NTSB is asking for new requirements which involve seat belts with a lap and shoulder strap installed on older models of limousines and that they be built into new vehicles.

Kevin Barwell, the President of the Limousine Bus and Taxi Operators of Upstate New York, said to add an additional strap to many existing vehicles that don't comply with the recommendation may be troublesome.

"We aren't engineers. We aren't the people that are developing this technology. We need to find out from the original manufacturer where would the best space be. If that's not available, then how would you do that?" Barwell said. "It would be not as safe as it was when being built."

But how do you make sure that people actually buckle up?

There were seat belts in the 2001 Ford Excursion that crashed in Schoharie.

"The problem wasn't the fact that there weren't seat belts in the vehicle. It was that people weren't using them," said Barwell.

Barwell said from his perspective, there isn't much to do besides inform riders the best choice is always to buckle up.