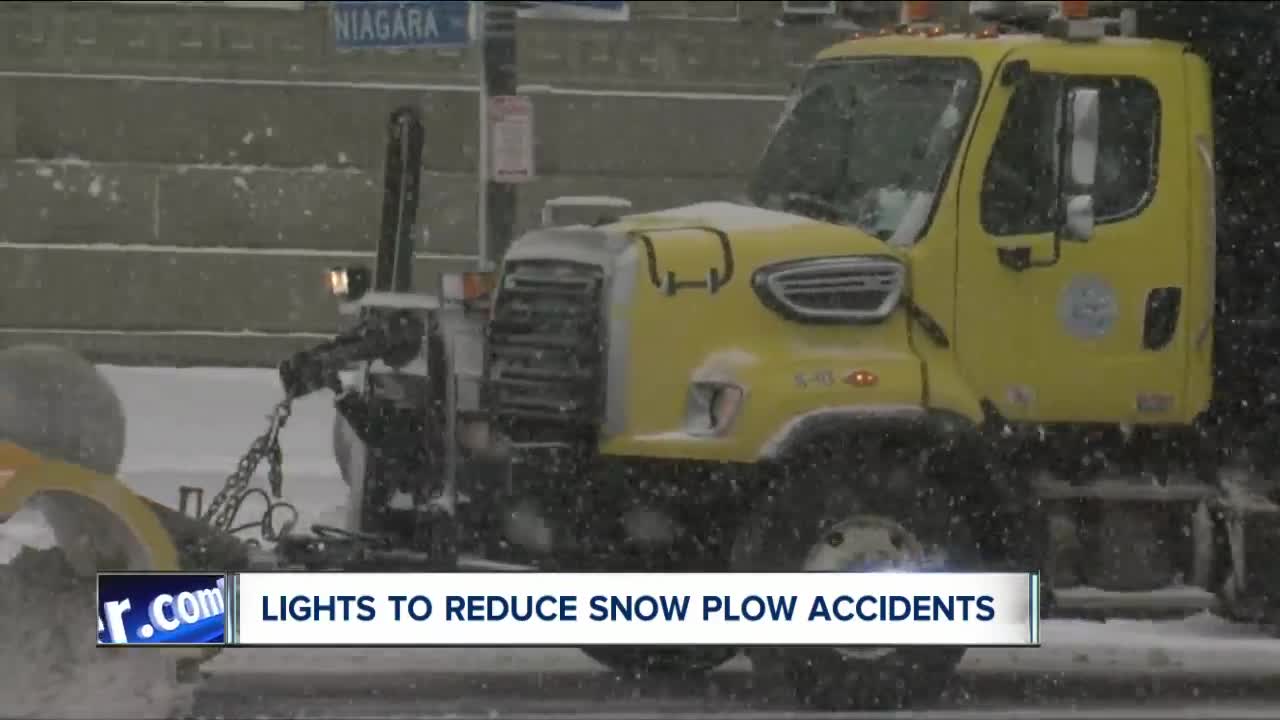 CHEEKTOWAGA, N.Y. (WKBW) — There is a new safety feature for snow plows that can make them safer for their drivers and for others on the roads.

The problem is..it’s not legal in the state of New York.

It’s a green light — easier to see for most people, according to experts.

“Green itself is more sensitive to the eye,” said Gabe Casucci, a manager with SoundOff Signal. “Green is the first color your eye will see when you look in an area.”

It has a light that alternates a green strobe with the amber one drivers in Western New York are accustomed to seeing.

This alternating light is supposed to make the plows more visible in whiteout and dark conditions .

Assemblymember Monica Wallace has introduced the bill and is now working to get co-sponsors for it in Albany.

Cheektowaga Highway Superintendent Mark Wegner says he is tired of seeing cars run into his slow plows year after year.

They don’t anticipate the wing of the plow extending past the body of the truck and end up running into it.

The department has seen 3 accidents already this winter season.

Before it came to their attention the lights were not legal, one plow did a trial on the roads and the results were encouraging.

“We did have it out before we realized it wasn’t a law yet — and people from the county did see it from two miles back and they couldn’t believe how bright the green lights were,” said Wegner.

Assemblywoman Wallaces office is hoping this safety measure will have widespread support in a wintery state like New York, and if the budget allows, be passed so plows can get equipped in time for next winter season.