Regardless of where you sit in a car, AAA says it's important to always wear a seat belt 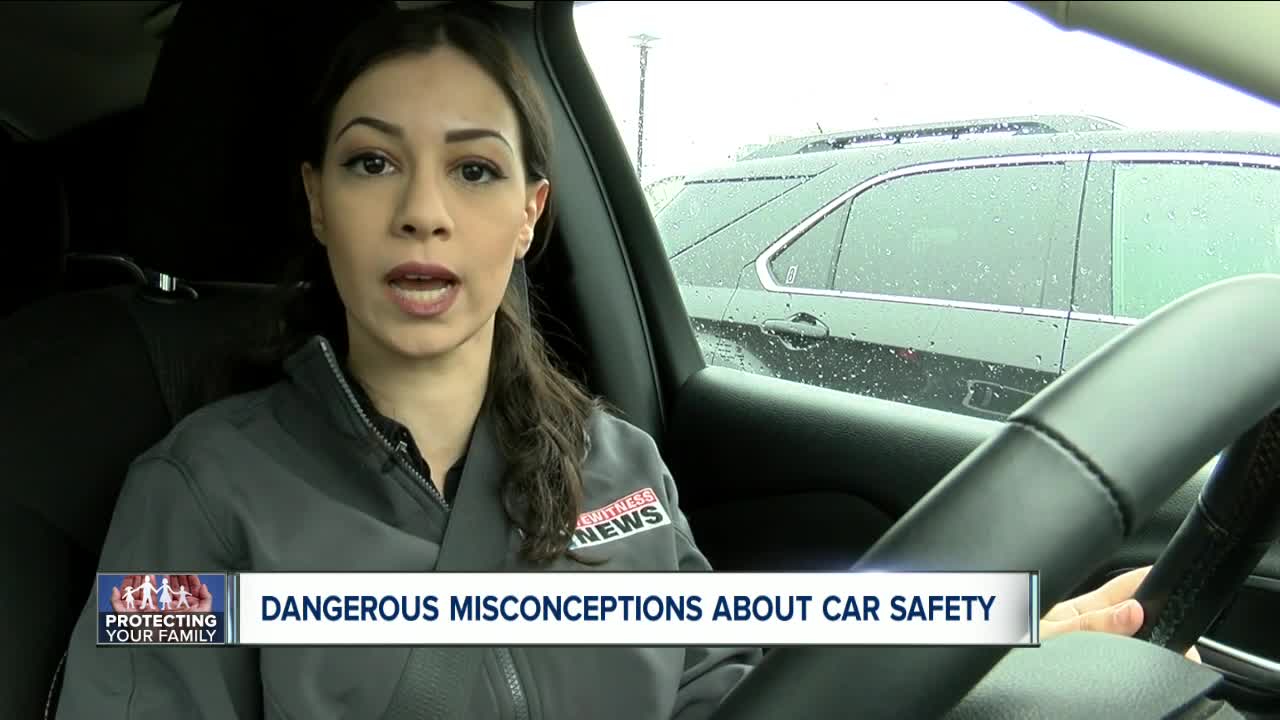 The current law in New York only requires anyone 16 and younger to buckle up in the back seat.

The current law in New York only requires anyone 16 and younger to buckle up in the back seat.

"The laws of physics don't change with age. No matter if you're 80 of you're 18, you need to buckle up in the back seat," said Lindsay Kensy, Communications Specialist for AAA Western New York. "Because you can become a projectile and possibly kill the front seat if you're not wearing your seat belt."

New York was the first state in the nation to enact a seat belt law back in 1984.

Since then seat belts have saved more than 320,000 lives across the nation, according to AAA.

AAA conducted a report on fatal crashes in New York from 1995 to 2014, and found that people in the back seat who don't buckle up are three times more likely to be killed.

They are also eight times more likely to be seriously injured.

But that contradicts a popular belief that it's safer to be in the rear seat.

A survey from the Insurance Institute for Highway Safety found that a quarter of respondents said they believe the rear seat is safer, and there's no need to wear a belt.

The Institute conducted a crash test that showed the opposite. Its findings echo what AAA is encouraging.

"If you're in a collision like that, hopefully the seat belts will lock and you'll be staying in place, and you'll protect yourself and those in the front seat as well," said Kensy.

Kensy said whether or not the belts lock, simply wearing them will save your life.

Governor Andrew Cuomo had been pushing to extend the state's seat belt law to require all back seat passengers to buckle up.

The legislation was in this year's proposed state budget, but it did not pass.

Kensy said AAA hopes legislation can get through in a regular session, or next year.

WKBW reached out to the governor's office to get an update, but haven't heard back.