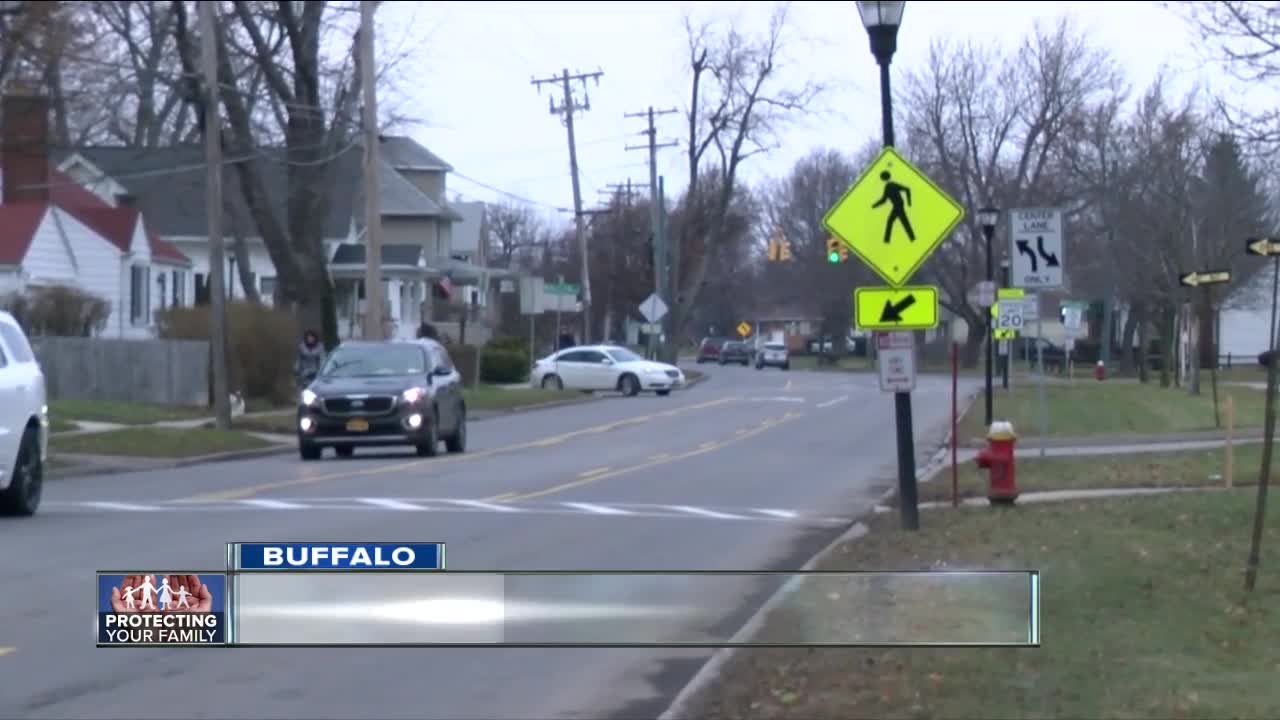 BUFFALO, N.Y. (WKBW) — Members of the Buffalo Common Council are working to pass a resolution that makes the suggested speed limit in school zones legally enforceable for police.

He says that the roads and traffic around school zones are marked with advisory signs, but not legally enforceable speed limit signs. These are just posted as recommendations for drivers.

The city speed limit is 30 miles per hour, so police cannot actually ticket a driver going below that speed in a school zone.

According to the Traffic Resource Safety Center the average school zone speed is between 15-25 miles per hour, and speed is one of the most influential aspects when it comes to pedestrian deaths.

Another study out of the National Center for Safe Routes to School found that 5% of pedestrians hit by a car going 20 mph or less died, while the fatality rate jumps to 45% when cars are going 30 mph.
It adds that children have a lower survival rate because of their size.