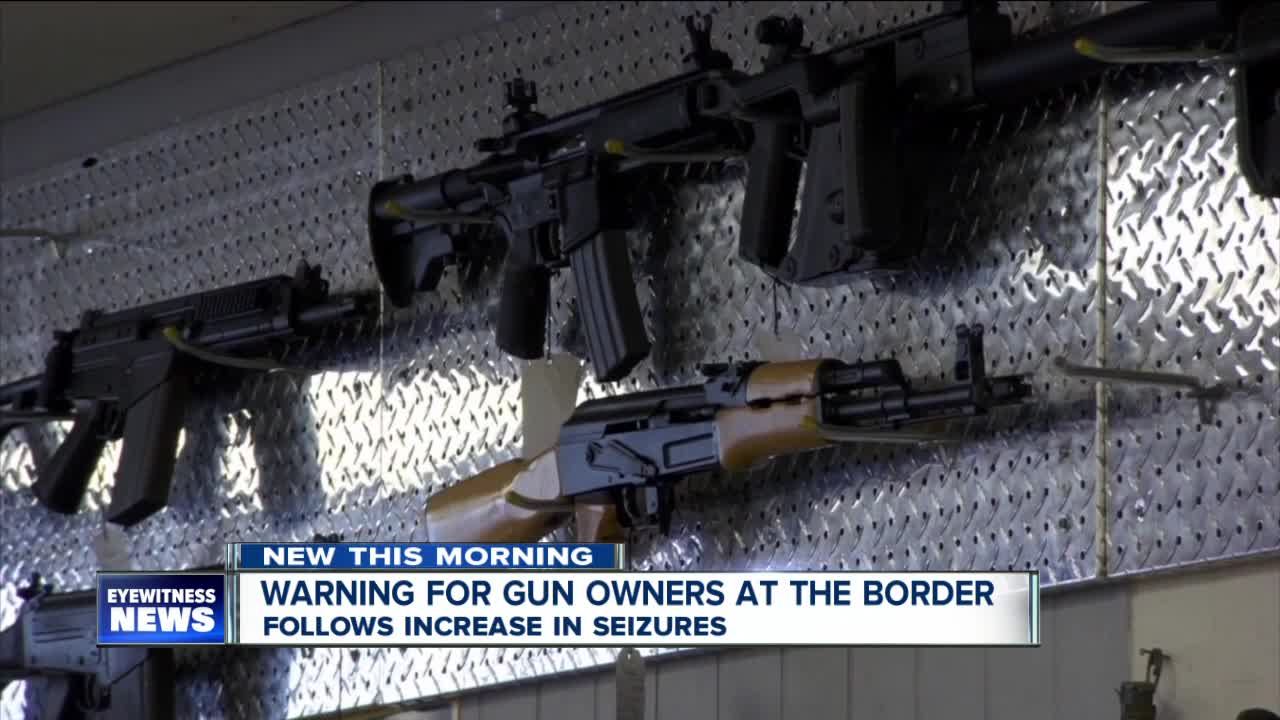 BUFFALO, N.Y. (WKBW) — New York State Police Troop T put up a sign on I-190 towards the Peace Bridge, warning drivers, that guns are not allowed at the United States/Canada border without proper paperwork.

Have you seen this sign on the 190 North? It’s been put up to prevent guns coming to the border. Officials say it’s a problem that’s been increasing pic.twitter.com/wjNiPO7n0I

It's a warning that's been needed after U.S. Customs and Border Protection officers have seen an increase of guns approaching their checkpoints.

"What happens is they're actually entering into another country with a weapon," New York State Police Trooper Jim O'Callaghan said. "It gets confiscated and they get turned around and sent back into the U.S."

Firearms brought to the U.S./Canadian border is becoming a big problem.

Most of the seizures however, are actually not from illegally owned firearms.

"[The] majority of these are happening from people that don't live in New York," Bowker said.

These people are legal gun owners, unaware that their legally owned gun from another state, which might not be allowed in New York or Canada.

"If you're coming from another state, you may not be able to lawfully possess that weapon or pistol here in New York," O'Callaghan said.

With proper paperwork, guns can be brought over the border and through New York state; but the main problem seen is that people are unaware their route includes international travel.

This results in people not knowing they need the forms.

From there, if the gun is declared, it is up to the different law enforcement agencies to decide how to proceed.

The increase of firearms is happening at every bridge, and the legal ramifications can vary.
Here's who monitors each bridge: